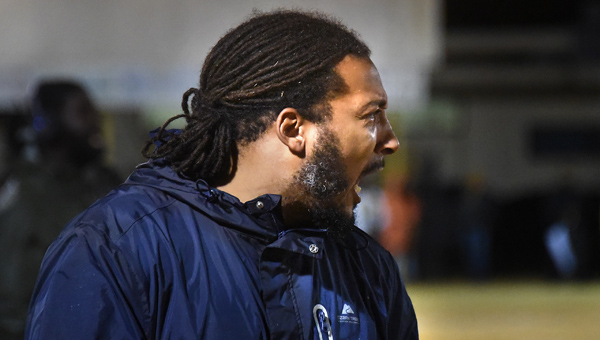 With the victory, Ferriday keeps a perfect 4-0 record, and extends the Trojans’ winning streak to 18 dating back to week 2 of last season.

The LHSAA District 2-2A match-up was a blowout from the start with the Trojans racing out to a 34-0 lead at the end of the first quarter.

The Trojans’ offensive explosion was led by senior running back Daminiya Milligan who finished the game with three rushing touchdowns of 40 yards, 14 yards and 1 yard.

Milligan preached execution as the driving force of his success.

“The only thing we have to do is execute,” Milligan said. “Once we execute it just goes, it flows, and that way I can just score anytime I want.”

Ferriday Head Coach Stanley Smith had high praise for his star running back.

Ferriday running back Jaquarius Davis also chipped in two rushing touchdowns of his own, including a 50-yard sprint down the far sideline.

Trojan cornerback Donta Boxley led the charge with two interceptions in the first quarter. Defensive end Kylyn Lewis had one and a half sacks and forced two Jaguar fumbles.

Penalties have been the only sore spot for this Ferriday team. Saturday’s game was no exception.  The Trojans had seven penalties in total and five in the first half.

Smith said he believes his team can do better when it comes to penalties.

“We just got to be more disciplined, and have to have some self-control,” Smith said. “It’s a war, you try to tame as much as you can. I call it controlled chaos and we just have to be able to do a better job of thinking in the moment.”