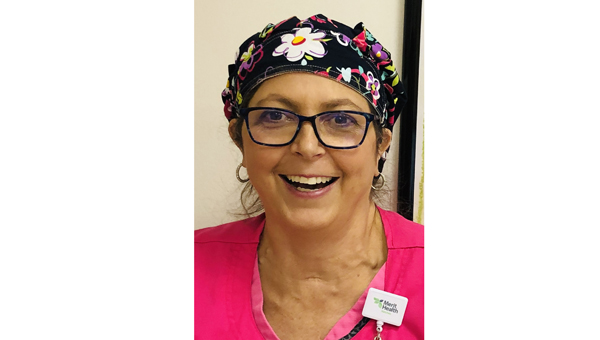 NATCHEZ — A routine appointment could be the difference between life and death for those who do develop breast cancer in their lifetime, health experts said.

Sharree Griffin, mammography and radiology technologist at Merit Health Natchez, said every woman should have their first mammogram when she is 35 to 40 years old.

Women 40 years old and older should schedule at lease one mammogram each year, she said, adding those who’ve had a family history of breast cancer may schedule mammograms earlier.

“If you have a mother, sister or grandmother who has had cancer, you’re at a higher risk,” Griffin said.

Because health examiners compare consecutive mammograms to detect any changes or abnormalities in the breast tissue, having them done regularly is extremely important, Griffin said.

“They need one every year after age 40 to compare from one year to another and see if there are any changes,” Griffin said.

It is also to every woman’s benefit to do self-examinations at least once a month but not to replace a regular appointment, Griffin said. “With a self-examination, most women know their body and know when they feel something different and when they do they should go to their doctor. It’s a tool to use with the mammogram. … Women empower themselves by taking charge of their own health by doing the self-exams every month and mammograms every year.”

When a routine mammogram detects something abnormal, very rarely is it fatal, said Jeff Flattmann, MD.

“Even when there is an abnormality, the majority of those are benign changes,” Flattmann said.

The important thing is that it be proven and not assumed, he said.

“There is what we call a Category 4 finding, which is a finding that we feel requires a biopsy or some form of additional investigation,” Flattmann said. “About 95% of those findings are going to be benign but that 5% who are not make it extremely important to take that next step to know exactly what you’re dealing with.”

Flattmann said when cancer is addressed early and in a timely fashion, that person is typically curable of their disease.

“Six to nine months later or even sooner than that it might be a higher stage and you might not be able to offer that curable regime,” Flattmann said.

Once cancer has been identified, health professionals will take a multi-disciplinary approach to prevent, cure and ensure that it has not spread to other parts of the body, Flattmann said.

“We believe heavily in an early oncological referral and discuss the options of therapy,” Flattmann said. “What is right for one person might not be right for another. It’s not a one-size-fits all and there are multiple options. … Some ladies get chemo, some don’t, some ladies get hormonal therapy in the form of pills, some don’t. Most patients get a combination … and that treatment is catered specifically to that patient’s unique circumstance.”

Trick-R-Treat for Little Feet, the annual Halloween event sponsored by the Natchez-Adams County Chamber of Commerce, is Friday from 4... read more