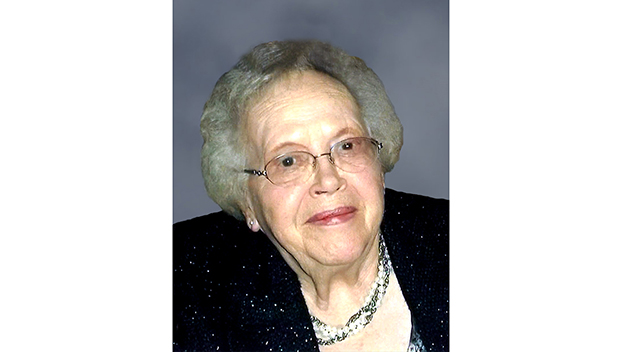 Evelyn Temple, 89, a native of Louisiana passed from this life on October 29th at Taylor House in Des Moines. Funeral services will be held at 1 p.m. on Saturday, October 31, at New Hope Assembly of God, 4425 70th St, Urbandale, IA. A private family only burial will be held at Masonic Cemetery also in Des Moines on Monday, November 2, 2020.

Evelyn was born on December 4, 1930 in Clayton, LA, to Thomas Jefferson and Ruby Mae Carr Boyd. She was a 1949 graduate of Natchez High School and graduated in 1954 from Louisiana College with her BS degree and RN certification. She began her nursing career in 1954 at Natchez General Hospital where she later began teaching nursing. On December 10, 1955, Evelyn married John Temple, Jr. in Natchez, MS and their marriage was blessed with four children. In 1966 Evelyn and John relocated to their new home in Urbandale, IA and she began her career at Iowa Methodist Hospital. Her first decade at IMMC was spent teaching newborn maternity and infant care at their School of Nursing. She then transitioned to the newborn nursery where she spent the next 29 years caring for tens of thousands of central Iowa’s newest and most precious arrivals, retiring in 2005 after a 51 year nursing career.

In years past Evelyn enjoyed dinners out with husband John, family and friends. She was also known at IMMC as someone you could always count on for a good joke. She especially enjoyed watching all the grandkids’ events, listening to son Jeff play piano in church, and baking for family. She attended New Hope Assembly of God church.

Evelyn is survived by her sister Juanita Boyd Cotton of Jackson, MS, children John (Tami) Temple of Norwalk, Tom (Karen) Temple of Johnston, Amanda (Bill) Parker of Des Moines, Jeff (Juli) Temple of Urbandale, 8 grandchildren, and 6 great-grandchildren. She was preceded in death by her parents, her husband John, and her brothers Robert Boyd and Ray Boyd.

Memorial contributions may be made to Taylor House of Des Moines or the Blank Children’s Hospital NICU.