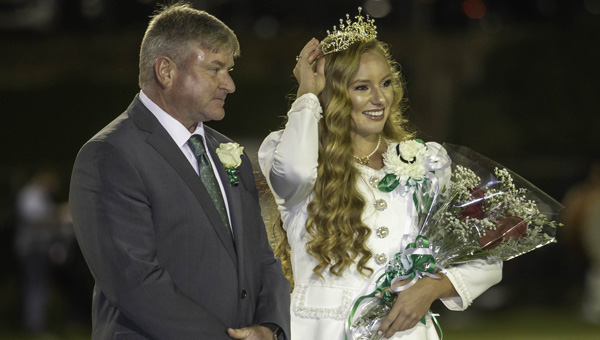 NATCHEZ — Hillcrest Christian School did its best to hang around with Cathedral High School, but the Green Wave had too much firepower in a 55-26 win over the Cougars Friday night at D’Evereux Stadium in the first round of the 2020 MAIS Class 4A Playoffs.

Cathedral, the No. 5 seed, led Hillcrest 20-6 after one quarter of play, but the 12th-seeded Cougars cut the lead to 20-14 game after a touchdown and two-point conversion just 12 seconds into the second half.

“The first thing is we need to clean up the penalties. We had 100 yards in penalties,” Green Wave head coach Chuck Darbonne said. “If we’re going to win some games (in the playoffs), we can’t have that many penalties.”

However, between the 7:37 mark of the second quarter and the 5:06 mark of the third quarter, the Green Wave scored three touchdowns to go ahead 42-14.

“I was impressed with how our team came out aggressively. We had a couple of plays go against us,” Darbonne said.

The Green Wave and the Cougars (2-8) combined to score three touchdowns over a 31-second span in the final minute of the third quarter, yet Cathedral still led 49-26 at quarter’s end.

Cathedral scored a touchdown nearly midway through the fourth quarter to put an exclamation mark on its victory.

“Noah played really well. We didn’t really need him to throw the ball until late in the second quarter. He needed to refocus,” Darbonne said. “Bryson, we expect excellence from him every night. He’s one of the best players in the entire association. He and Jones Richardson, they lead by example.”

“I’m happy that we get to advance and play another week,” Darbonne said. “I’m happy for the seniors that they get to continue their careers.”

Cathedral (10-1) will travel to Louisville to take on No. 4 seed Winston Academy in the Class 4A quarterfinals on Friday, Nov. 6 at 7 p.m.