The Dart: Helping others is reason for being 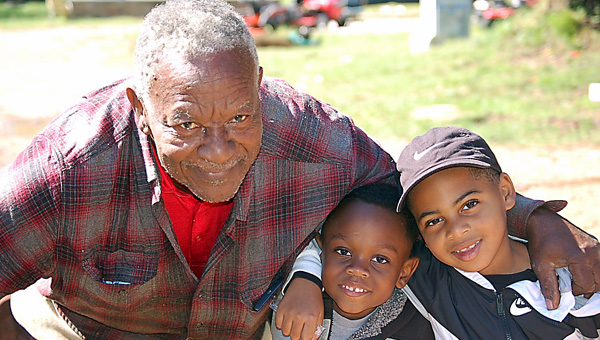 NATCHEZ— Some people believe their purpose on Earth is simply to help others.

Freeman Reason, 76, said he believes he is one of those people.

For 60 years Reason has been in Natchez helping people in need.

Reason said he traveled throughout the Southeastern United States but came back in 1967 to marry his wife, who passed away two years ago.

“I love Natchez,” Reason said. “I’ve traveled a lot, and I’ve never found a place like here. People have a lot of love in their hearts here.”

Reason sat on his property at South Oak Street where The Dart landed Thursday afternoon fixing a vehicle, helping his friend.

Faith, Reason said, is the motivating factor in his wanting to help people. As a minister, Reason said he holds services and gives sermons o recovering alcoholics and drug addicts.

“I believe God put me here to help people and to lead,” Reason said. “I prayed about it, and God spoke to my spirit and told me, ‘Don’t drive them away; bring them the word.’”

“I walk in the footsteps of Jesus,” Reason said. “He didn’t charge so I didn’t.”

Reason said he started preaching out of a tent on his property until the city of Natchez made him take it down. He found different ways to still spread his message.

“They couldn’t stop me,” Reason said. “I started preaching out of my little sweets shop on my property. Then a friend of mine let me have a church on Woodlawn.”

Reason holds services on Woodlawn on Saturdays. After he is finished, Reason returns to his property to preach for anyone who couldn’t make it to the Church, he said.

Reason said he hopes that once he is gone, it will not be the end of helping his community.

“I tell my daughter, do not drive them away,” Reason said. “If she does anything, talk to them, keep them from hating and fighting one another. They will listen to her.”