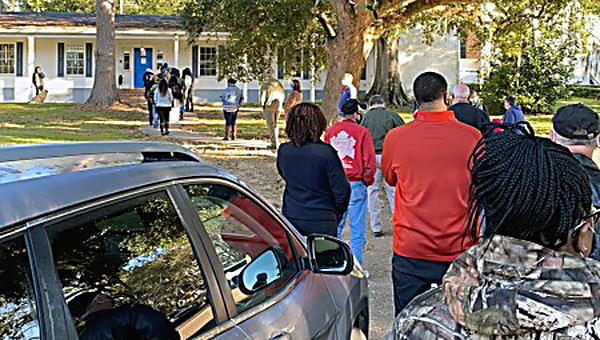 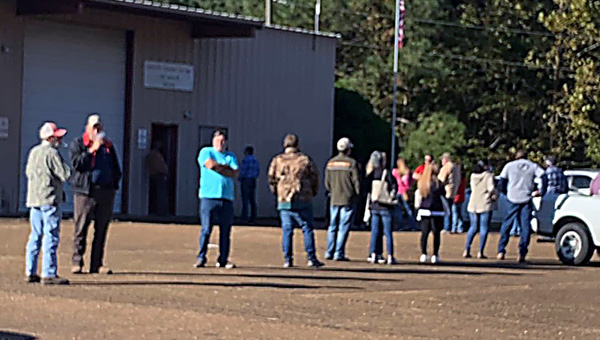 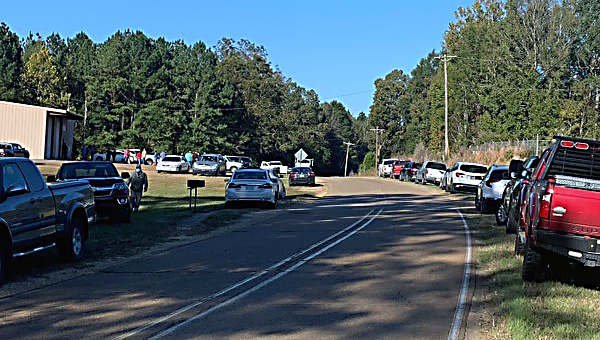 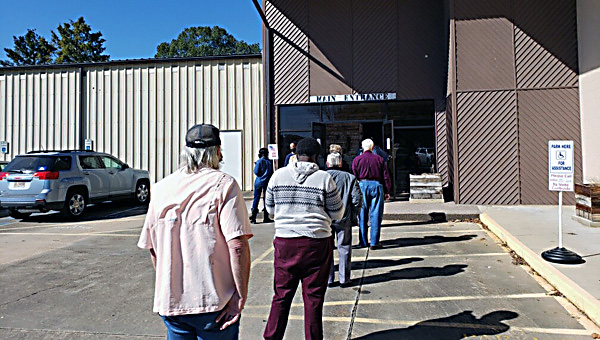 Voters stand in line to vote Tuesday morning at the Crosspoint Church precinct in Natchez. (Sabrina Simms, The Natchez Democrar) 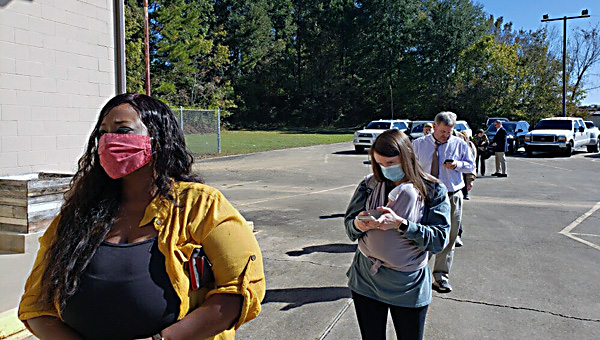 Voters stand in line to vote Tuesday morning at the Crosspoint Church precinct in Natchez. (Sabrina Simms, The Natchez Democrar)

Some precincts reported long lines as polls opened Tuesday morning but most of the lines had dissipated by mid-morning and the process was going well with the exception of some glitches, said Adams County Election Commissioner Larry Gardner.

“Just typical confusion,” Gardner said of problems with people showing up at the wrong voting place. “It always happens after you have three city elections in a row. Everybody goes to their city ward instead of their county precinct so everybody is going to the wrong place.”

Also, a mix up in paperwork between the Kingston and Beau Pré polling places caused an approximate 10-minute delay as the polls opened Tuesday morning at the Kingston Community Center voting precinct, Gardner said.

“As far as we know, they had the machines up and running about 10 minutes after,” Gardner said of the Kingston precinct. “They were late because the paperwork got switched between the Beau Pré precinct and the Kingston precinct so Beau Pré had Kingston’s paperwork and Kington had Beau Pré’s paperwork, so we had to send the rover out, pick up the papers at Beau Pré and make sure that they were up and running and then go to Kingston and swap out the paper and then bring that back to Beau Pré, because they couldn’t match up the machine numbers. We got it done.”

Otherwise, Gardner said he is pleased with the turnout.

“It’s a good turnout so far,” Gardner said. “I initially figured 65% to 70% would turn out. I think it is going to be more like 75% or 80% because we have 3,300 (absentee) ballots. That’s over twice as many as we had four years ago, and the polls are still busy. I was thinking if we had a lot of absentees we might not be quite as busy at the precincts because people already voted absentee but that is not true. We are getting a good turnout.”