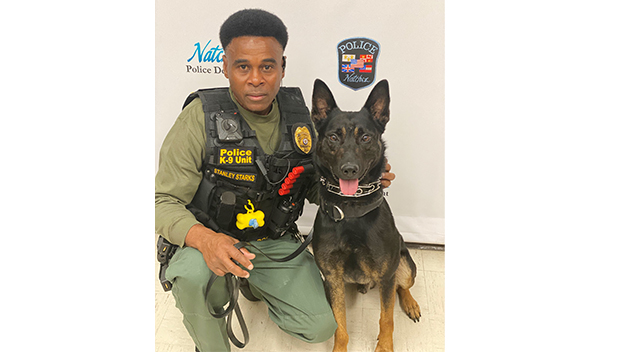 “A K-9 officer is an officer of the law, the same as his partner,” Dawson said.

The GoFundMe page has since exceeded its original goal, Dawson said, giving another opportunity for Toon.

Dawson calls the next upgrade a “sort of phase two,” which is a larger police vehicle for Toon to ride in. Toon currently rides in a standard police vehicle, Dawson said, adding she believes standard vehicles are not the safest way of transporting K-9 officers.

“The dog is hitting his head, and tail in the current vehicle he’s in,” Dawson said. “It is a lot safer to transfer these K-9 (officers) in vehicles specifically designed for them.”

Dawson said she believes it is common for police departments to have SUVs designed for K-9 officers.

The GoFundMe page is currently at $955 out of its $5,000 goal. A link to the GoFundMe can be found at https://www.gofundme.com/f/k9-vest-for-officer-toon.