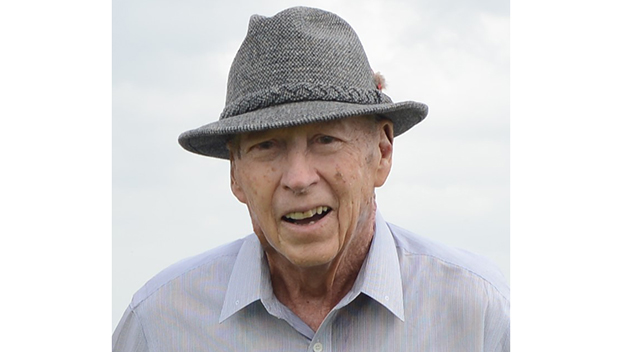 Carl Bruce “Chief” Ellard, of Natchez, quietly left this life Tuesday evening, November 10, 2020. He lived his life in much the same way. Bruce, as he was known by most, was a quiet, friendly soul who made friends easily and loved his family and friends unconditionally.

Born in Pittsboro, Mississippi May 20, 1927 to Victor Hugo Ellard, Sr. and Ivy Lee Byars Ellard, he was the third of three children and was his momma’s baby. Bruce was frequently the brunt of some of his older brothers’ practical jokes but took it in stride with his nonchalant attitude.

Graduating from Caledonia High School in 1945, he joined the army, and was in Troop A, 2nd Reconnaissance regiment, 18th mechanized Cavalry of the Regular Army. He was awarded the World War II Victory Medal. After serving his country, Bruce enrolled in Mississippi State University in 1947, and earned a bachelor’s degree in Marketing in 1951. Upon graduation, Bruce secured employment with Swift Independent Packaging in Natchez, and was employed by them until his retirement in 1987. He enjoyed being with family, early mornings with his coffee club, and working in his yard. He had a “green thumb” and could revive any plant or flower that we brought to him. A large garden each year was his past-time and he gave away much of his bounty.

Bruce is preceded in death by his parents, and his two siblings, Victor Hugo Ellard, Jr. and wife Sydnette, and John Edward Ellard, and many friends, several members of his coffee club, too many to name.

Bruce attended Parkway Baptist Church regularly with Catherine, although he was raised Methodist. He never forgot his Methodist roots and the values he was taught by his mother. On frequent visits to her home in North Mississippi, Debbie and Mike, as children growing up, learned the value of family, our ancestry, and God as the head of our families. These are principles Bruce lived by and passed on to those of us left behind.

There will be a graveside service Saturday morning at 11 a.m., November 14, 2020 at the City Cemetery in Natchez, MS.

Honorary Pall Bearers will be Louie Brown and the surviving members of his Coffee Club.