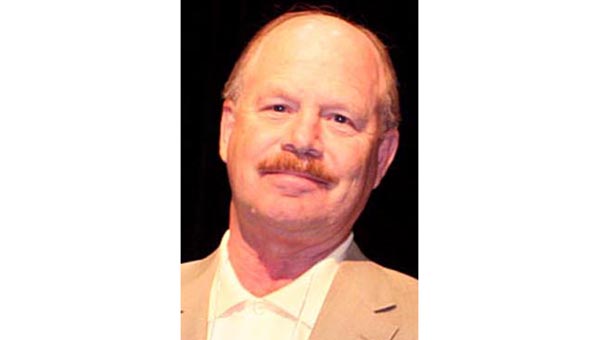 Massey was elected to the Natchez Board of Alderman in 1988 and served for 20 years in the Ward 5 seat.

Massey graduated from Natchez Adams County High School in 1966, and attended Co-Lin Junior College and the University of Southern Mississippi. He served in the U.S. Army from 1968-1970 where he was a Field Medic in DaNang, Vietnam.

After being injured in Vietnam, Massey was honorably discharged in January 1970.

As an alderman, he chaired the Recreation Committee and initiated the expansion of Duncan Park Golf Course from 9 to 18 holes and the girl’s softball complex behind Natchez High School.

He was also involved with the youth of Natchez for over 30 years having coached in the Dixie Youth Boys and girls leagues and officiating high school sports.

“That was one of the things he was very proud of,” said his son, Brian Massey, of his dad’s involvement in recreation.

David Massey served as a referee in football and basketball called a lot of championship games, Brian said. He was awarded the National Football Hall of Fame Distinguished American Award in 2014.

Brian, who was 10 years old when his dad was first elected to the Board of Aldermen, said he remembers him being home nights and answering the phone whenever his constituents called.

As dedicated as David Massey was to his community, he was also a loving husband, father and grandfather to his family and coached his daughter, Amy James, in softball, Brian said.

“Dad was a family man and He loved Natchez,” he said. “He instilled in my sister and I the love we have for our families and for Natchez.”

Former Mayor Jake Middleton sat beside Massey for 16 years as Ward 6 Alderman, from 1992 until 2008, Middleton said.

During the planning stage of the Natchez Visitor Center, Middleton and Massey traveled together to Charleston, South Carolina to look at their visitor’s center and get ideas for the project, Middleton said.

“When David wanted and believed in something for the city, he stood by his guns and fought for it tooth and nail,” Middleton said. “He was also very conscious of the budget and believed that the city’s money should be treated like your own. I admired him for that.”

Middleton said Massey “fought hard” for an extra nine holes to be added to the Duncan Park golf course, which became a huge asset to the city.

“People come here from all over the world to play on that golf course,” Middleton said.

“There were a lot of things accomplished during those 20 years — a lot of good things happened in Natchez,” Middleton said.

“He was a great citizen,” Brown said. “He gave of himself to the whole community and that is a rare trait among many people in our society today. He was the best example of a good citizen that I know of.”

Brown said during his mayoral administration Massey showed his dedication as an alderman. Conversations could get heated as Massey expressed his position “freely and openly,” Brown said.

“Because of that, he was a good alderman,” Brown said. “If he felt compelled to do something for his ward or in the city he didn’t hold back. He continued to help his community after he retired.”

Upon retirement from the city in 2008, David Massey was inducted into the Mississippi Municipal Hall of Fame for Elected Officials.

His Ward 5 seat was filled by Mark Fortenberry, who now serves as the director of the Natchez City Cemetery.

Fortenberry said Massey helped him and shared his experience during the election and at the beginning of Fortenberry’s term.

“We were neighbors,” Fortenberry said. “We talked about me running for that seat and he gave me some guidance because he had been there so long. He was a good man during his leadership and helped me during the transition.”

In lieu of flowers, donations can be made to St Jude’s Children’s Hospital.