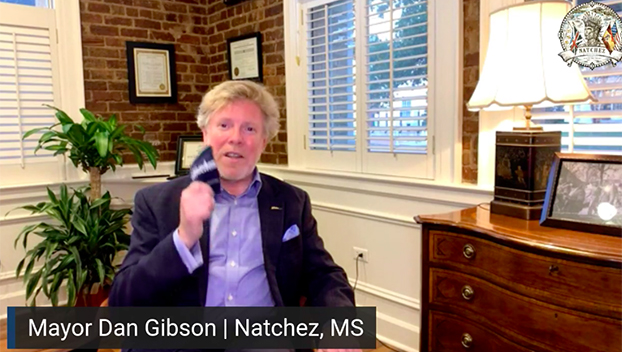 The north end of Broadway Street from Jefferson Street and Madison Street will be closed to pedestrians and open for drive-thru spectators and parade participants in stationary floats, Gibson said.

North Broadway Street will be closed for set up beginning at 1 p.m. Saturday and the parade starts at 6 p.m., Gibson said.

The partial closure of Broadway Street during the festivities will allow access to Magnolia Bluffs Casino and Silver Street and enable a safe event, Gibson said.

The parade will be drive-thru only with no candy or physical exchanges between participants and spectators, Gibson said.

No pedestrians will be allowed to enter the parade area and no physical interaction between parade participants and vehicles will be permitted, Gibson said.

A limited number of parking spots are available for stationary floats and exhibits and will be assigned on a first-come-first-served basis, he said.

There is a limit of seven people per float or exhibit and masks will be required for all participants, Gibson said.

The last rule is, “Just have fun,” Gibson said.

A few participants who signed up already include the Natchez High School band, musician Burnley Cook, and Santa Claus who will be greeting spectators from the city’s fire truck.

To register for the parade, contact Natchez City Hall at 601-445-7555 no later than Friday so places can be assigned, Gibson said.