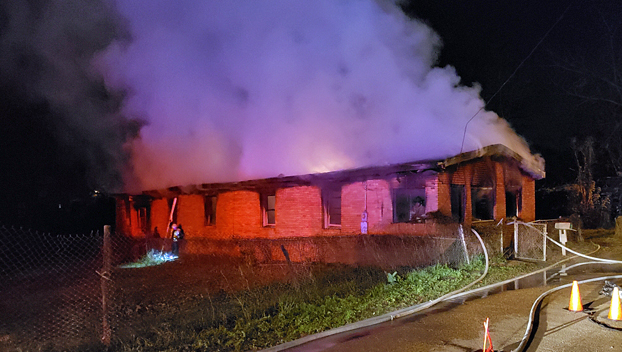 The Natchez Fire Department work the scene of a fire in the 1200 block of Watkins Street Tuesday night. (Sabrina Robertson, The Natchez Democrat)

NATCHEZ — The Natchez Fire Department worked the scene of a fire at the 1200 block of Watkins Street Tuesday night.

Interim Fire Chief David Freeman said Wednesday that the property was vacant and no one was inside the building when it caught fire at approximately 8:30 p.m. Tuesday.

The cause of the fire was still under investigation Wednesday, Freeman said.