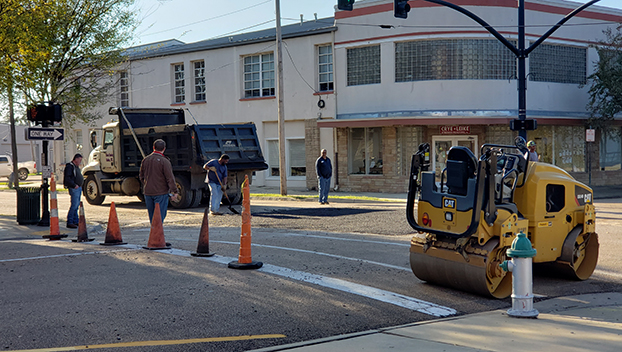 NATCHEZ — People attempting to drive on Canal Street in front of the Natchez Convention Center Monday morning and afternoon had to take a slight detour as workers patched holes in the street with asphalt.

Wallace said the road should reopen Monday afternoon once the fresh asphalt dries.