Editor’s note: This story is part of a series highlighting the lives of those members the Miss-Lou community who fell victim to COVID-19 and lost their lives, or whose death was hastened because of the virus. If your loved one passed away after suffering from the COVID-19 virus, we would like to write about their life and your loss. Please contact Scott Hawkins at 601-445-3540 or email him at Scott.Hawkins@natchezdemocrat.com

NATCHEZ — In life, Kejuane Bates, 36, told his wife Chelsea, “If I could help at least one person along the way, then my living would not have been in vain,” she said.

Though his life was cut short due to COVID-19, Kejuane Bates helped many in his community various roles as a community leader.

Kejuane Bates, died April 1, 2020, with COVID-19 after leaving a lasting impression on many people he came across in life, said Carmen Drake, a Forest Aid Baptist Church member.

“When I met him, he was a young minister interested in pastoring our church,” Drake said. “Of all of the ministers who came and preached, I felt an instant connection with him. He delivered the message in a way that showed his enthusiasm, and he could sing. He was the complete package. He was the personification of someone who never met a stranger.”

Kejuane Bates was 6-feet, 2-inches tall and 350 pounds and was both large in build and larger in character, Drake said.

He both preached and sang the Gospel with his beautiful singing voice, Drake said.

Kejuane Bates was like a “soulful teddy bear” when he sang and could make you feel happy or cry depending on the tone of the music, Drake said.

Kejuane Bates’ passion was for children, Drake said, adding he knew each child in the church by name.

“He could connect with children on a level that most people couldn’t relate to,” Drake said. “He celebrated all of the children as they moved up through high school and did everything he could to make sure that each one knows they are important.”

Bates was also a die-hard fan of the Dallas Cowboys and Alcorn State University, Drake said, adding he had a designated seat at Alcorn’s home games right next to the band.

Chelsea Bates said her husband also loved to test out different recipes he saw on cooking shows and made the best gumbo.

Although Chelsea Bates and her husband both grew up in Natchez, their paths never crossed until she was a junior going into her senior year at Tougaloo College in Jackson.

They met over Thanksgiving dinner at a mutual friend’s house. Chelsea Bates said she fell in love with him as he sang the hymn “His Eye Is On the Sparrow” upon request.

“I kind of fell in love then,” Chelsea Bates said. “I love a man who can sing.”

Their first date was at a Cajun Christmas party at Greater Mt. Carmel Baptist Church, where Kejuane Bates was a youth minister and choir director.

“He was like a spiritual son to me,” said Rev. Raymond Riley, pastor of Greater Mt. Carmel Baptist Church.

“He was energetic, fun going type of person that all of the younger people would cling to and look up to,” Riley said.

“I would get ready to close out my sermon and start talking about words to a song,” he said. “Sometimes it wasn’t a song they had practiced but by the time I finished preaching Kejuane would have that song ready to sing. He would always find a way to make it happen.”

Chelsea Bates said her late husband had a desire to become a preacher from a young age.

“He used to preach to the trees,” Chelsea Bates said.

Kejuane Bates started to feel like he had sinus issues during the week of March 20, she said. On Sunday, March 22, his sinus problems developed into a cough that took over his virtual sermon. He had both diabetes and high blood pressure and was therefore susceptible to COVID-19, Chelsea Bates said.

“After the sermon, he kept asking me if he felt like he had a fever,” she said. “His temperature was 102.3. My heart dropped because I remembered if you have diabetes or high blood pressure you’re more susceptible.”

Kejuane Bates spent the first half of the following week quarantined at home.

On Thursday, March 26, he started to have trouble breathing and went to the hospital that night.

“At first he was just his chipper old self,” Chelsea Bates said. “That Friday, he sang a song to the nurses and they recorded it. I didn’t listen to it until a month after his passing. Listening to him, you wouldn’t think this was a person with pneumonia.”

That Sunday, Kejuane Bates was put on a ventilator as a last resort to give his lungs a chance to rest and help his body fight off the virus.

Before he was hooked to the ventilator, he talked to Chelsea Bates and their daughter Madison, 6, on FaceTime, Chelsea Bates said.

His last words to them were, “It is going to be OK. I’m not going to leave you. I’m always going to be here,’” she said.

Three days later he was gone, but his promise to them held true.

“We love and miss him,” Chelsea Bates said. “He will always be in our hearts.”

While Kejuane Bates was sick, Chelsea Bates said she prayed continuously for God to heal him.

“He did heal him,” she said. “It wasn’t the way I wanted him to be healed. It wasn’t the news that I wanted to hear but he was healed.”

Chelsea said she would remember how much fun she and her family had in Kejuane Bates’ last year, which was filled with travel and finished with a magical trip to Walt Disney World and Sea World around Christmas of 2019.

“We had the best time of our lives,” she said. “We got to do everything that we wanted to do.” 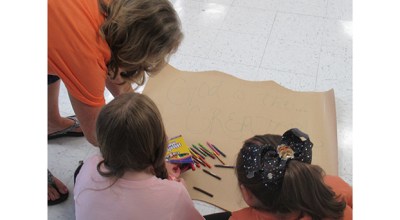 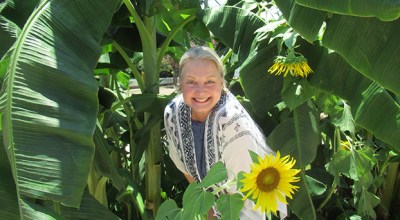 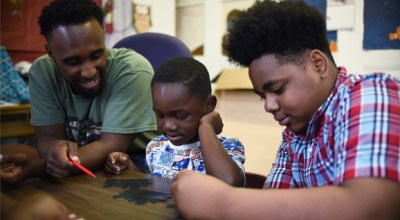 Ready to learn, have fun? Upcoming Vacation Bible Schools in the Miss Lou

Wreaths Across America is Saturday