Lives We Have Lost: Frontline worker lost to COVID-19 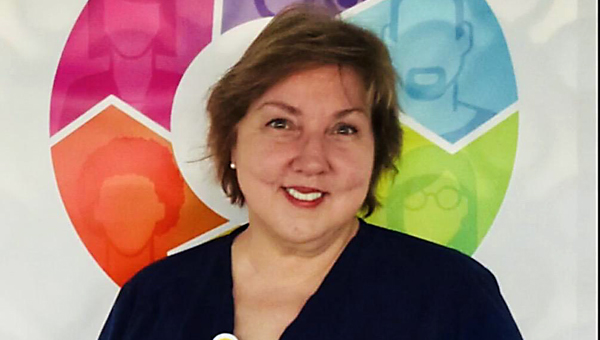 Editor’s note: This story is part of a series highlighting the lives of those members of the Miss-Lou community who fell victim to COVID-19 and lost their lives, or whose death was hastened because of the virus. If your loved one passed away after suffering from the COVID-19 virus, we would like to write about their life and your loss. Please contact Scott Hawkins at 601-445-3540 or email him at Scott.Hawkins@natchezdemocrat.com

FERRIDAY — Barbara Paul DePrato of Ferriday spent the last few months of her life helping people as a frontline nurse during the COVID-19 pandemic.

Even when she became ill with COVID-19 herself, many people who knew her said she would not have considered retiring from helping others with the disease if she had recovered from it.

“She was working at Riverland Hospital in Ferriday and was definitely one of those frontline healthcare workers willing to risk her life to care for others,” Barbara DePrato’s sister, Teresa Williams said. “She loved her nursing career.”

Williams said her sister was diagnosed with COVID-19 near the end of July and died Oct. 13, 2020, after a month-long hospital stay.

She was 62 years old and too young, Williams said.

Barbara DePrato had a personality that could uplift anyone she came across, said her sister-in-law Debra DePrato Phelps.

“She was like a real sister to me,” Debra said. “Barbara was always happy. She always had this little sparkle in her eye. … She loved family, friends, doing things for people and she was a very spiritual person, too, which I loved about her. … When you talked to her, it was like you were the only person in the world.”

Barbara DePrato started a nursing career later in life after she worked in advertising for The Concordia Sentinel and The Natchez Democrat.

Barbara DePrato later introduced Debra to the man who would become her husband, David Phelps.

David said he met Barbara DePrato when he moved to Natchez from New Orleans and started working at The Natchez Democrat as a reporter on the Concordia Parish beat.

“I was put on the Louisiana beat and that was her area for sales. She was a major source of news stories for me and my best contact,” David said.

On one occasion, David said Barbara DePrato informed him when a notable citizen of Concordia Parish had died and told him the story belonged on the front page above the fold.

“We sold out of newspapers that day,” David said. “I thank Barbara for that. Everybody was very happy to have a prominently displayed obituary of a really great citizen.”

Another of Barbara DePrato’s story ideas was that her sister-in-law, Debra, had been awarded a grant by the John D. and Catherine T. MacArthur Foundation, David said.

David said he met Debra for an interview for the story and David said Barbara DePrato later made it clear that David and Debra should see more of each other.

“After the story ran, she (Barbara) reminded me that it might be time for a follow up. Down the road, Debra and I became friends and started dating,” David said, making it clear that he was not dating someone he was doing a story about.

“I was so excited to see her pursue the medical profession because that was her calling,” Debra said. “She loved every minute of being with patients and serving people.”

Debra said Barbara DePrato went above and beyond her call of duty to help her patients.

On one occasion, Barbara DePrato treated a homeless man and made sure he had a bed and a roof over his head before he was released from the hospital, Debra said.

Because of Barbara DePrato’s hastened death due to COVID-19 and her dedication to her nursing career, the school is now in the process of naming a memorial scholarship after Barbara DePrato, Debra said.

“That is a great legacy for her,” Debra said of the scholarship. “It was her second career, and she had to work full time and go to school and did it with grace and love. She was a wonderful nurse and her patients and coworkers loved her.”

To her family, Barbara DePrato was a loving and caring wife, mother, grandmother and sister, Williams said.

Barbara DePrato kept busy but set aside time for knitting and “Gram time” which was a special day every week dedicated to one of her eight grandchildren, Williams said.

“She loved Jay, her husband, and her family dearly,” Debra said. “They all loved and adored her. Her grandchildren were the light of her life. … Everyone remembers her for her beautiful smile and her wonderful laugh.”

Williams said Barbara DePrato was special to a lot of people outside of her family and was kind to every person she met.

“Now that she’s gone, we all comment about the thoughtful things she did,” Williams said. “She was intentional in the way she treated people. I’m going to miss her terribly because she was more than just my sister. She was my best friend. … She was a lot of people’s best friend.”

Armstrong reflects on tenure as chief