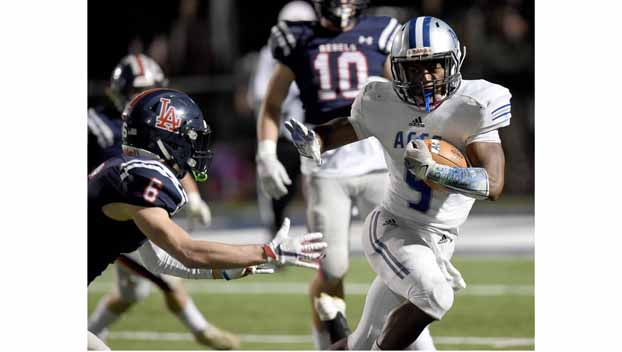 Sewell had a sensational senior season for the MAIS District 3-5A champion and Class 5A state runner-up Rebels, racking up 1,365 yards on the ground on just 70 carries with 15 touchdowns.

At linebacker, he had 67 tackles, five sacks, three interceptions, one of them a pick-six, and one fumble recovery. He even had to play at quarterback during the season after injuries to their starter and back-up.

“Terrific leader. Terrific player on both sides of the ball. He’s a humble player,” ACCS head coach David King said. “He started as a 10th-grader on our (Class AAA) state championship team two years ago.”

King said that Sewell was projected to be a running back for the Rebels, only to have to play a position he’s not used — being the team’s signal caller.

ACCS would lose to No. 1 seed Leake Academy 10-0 to finish with a 10-3 overall record. In the state title game, Sewell had nearly 100 rushing yards and eight tackles.

“He led us with class. He played hurt. He never had any drama at all,” King said about Sewell.

Sewell will continue his football career at Holmes Community College, and King added, “I’m excited to see what the future holds for him.”