NEW ORLEANS — A Bahamian man in the custody of U.S. Immigration and Enforcement died Dec. 17 at the Adams County Detention Center in Natchez, an ICE press release states.

The preliminary cause of death is from a heart attack.

Jones illegally entered the United States at an unknown date and unknown location, according to ICE. On April 3, 2006, he was transferred into ICE custody from the Florida Department of Corrections and placed into immigration proceedings. On Nov. 8, 2006, an immigration judge (IJ) with the Executive Office for Immigration Review (EOIR) ordered Jones removed from the United States to the Bahamas, however, prior to being able to carry out his removal, he was released on an order of supervision as ICE was unable to secure a valid travel document in order to effect his removal. Following Jones’ arrest for aggravated battery in Broward County, Florida, on Sept. 1, 2009, ICE lodged a detainer with the Broward County Jail. Jones entered ICE custody on Oct. 6, 2009 and was released Oct. 16, 2009 on an order of supervision pending issuance of travel documents.

On April 11, 2019, ICE Enforcement and Removal Operations (ERO) Miami officers took Jones into custody at the Broward County Sheriff’s Office in Ft. Lauderdale, Florida, pursuant to his arrest for battery domestic violence. On Oct. 2, 2019, Jones was transferred to the Adams County Detention Center. On Dec. 17, Jones passed away from an apparent heart attack. At the time of his death, Jones was pending removal from the United States.

Consistent with the agency’s protocols, the appropriate agencies have been notified about the death, including the Department of Homeland Security’s Office of Inspector General and the ICE Office of Professional Responsibility, ICE states in a press release. Additionally, ICE has notified the Bahamian consulate and Jones’ next of kin. The agency’s comprehensive review will be conducted by ICE senior leadership, including Enforcement and Removal Operations and the Office of the Principal Legal Advisor (OPLA). 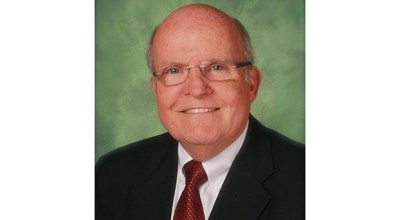