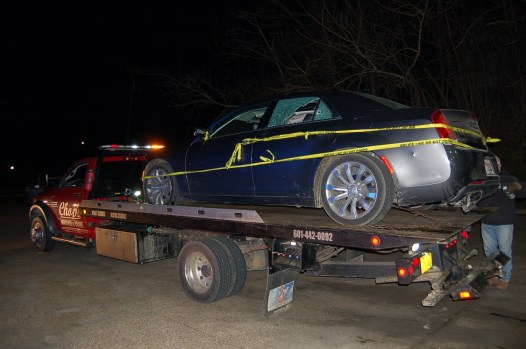 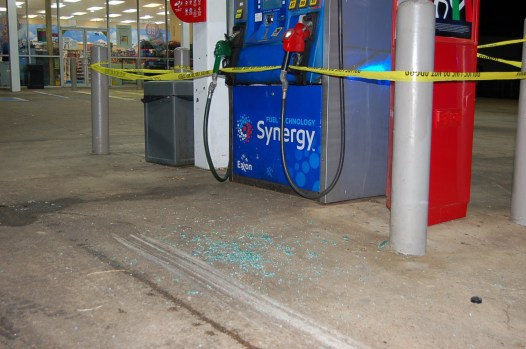 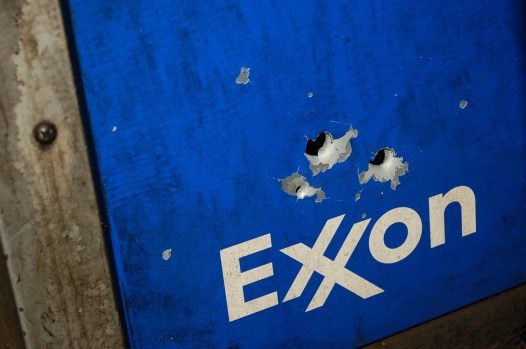 NATCHEZ — The Natchez Police Department and Adams County Sheriff’s Office responded to a shooting Saturday night at the Blue Sky gas station on the corner of Liberty Road and N. Shields Lane.

One man was hit in the leg during the shooting and was driven to Merit Health Natchez for his wounds to be treated, said Natchez Police Chief Joseph Daughtry who was on the scene Saturday evening while investigators swept the area.

Daughtry said police responded to a call about shots being fired at approximately 6 p.m. Saturday.

Two men who knew each other were at a gas pump talking when shots were fired at them, Daughtry said, adding the two men did not see where the shots were coming from.

Daughtry said one of the victims, who was not struck, had a one-year-old child with him inside his vehicle.

“Thankfully, he had some tint on his windows and the tint stopped the bullets from going through,” Daughtry said.

Daughtry said no suspects had been arrested at approximately 8 p.m. Saturday while investigators were still processing the crime scene.

“We were able to recover some shell casings and witness statements,” Daughtry said. “Right now, we’re pretty confident and we are on the case.”

Daughtry said anyone with information needs to contact the Natchez Police Department at 601-445-5565 or Crime Stoppers at 601-442-5000 to leave an anonymous tip.

“We are going to be aggressively working to stop gun violence but to do so we need the citizens’ support,” Daughtry said. “If anyone has seen something or knows something, please contact the Natchez Police Department or Crime Stoppers.”