Coach Craft: ‘2020 vision’ for first season with Bulldogs was different from reality 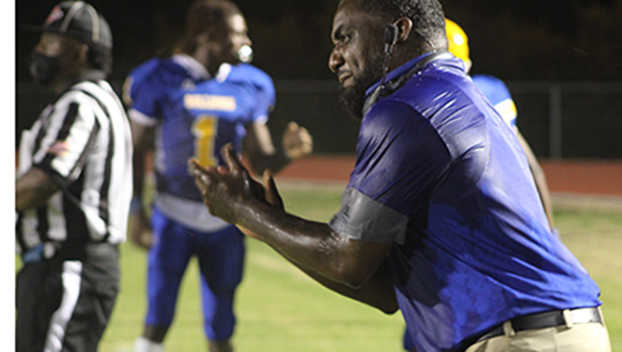 NATCHEZ — Randy Craft’s first season as head coach of Natchez High School’s varsity football team was not exactly what he envisioned it to be.

First, there was a lack of practice because of the COVID-19 pandemic. Then no jamborees or scrimmage games to play in. Then having to readjust the schedule because some of the teams in MHSAA Region 3-5A weren’t going to play football at all in 2020.

“It’s a little different than I expected. Our kids and our school fought through adversity. Having to deal with the guidelines and protocols,” Craft said. “Getting ready to play one week and not playing. We handled a lot of the situations very well. I felt like our kids fought throughout the entire season.

Craft said not being able to play those three teams affected the team for a few reasons.

“More or less being able to play every week. The only way to get better is to play someone else,” Craft said. “That hurt because those weeks, we couldn’t find someone else.”

And that plays into what the future looks like for the Bulldogs as they look forward to returning to postseason play.

“We have a decent group returning. We’re going to be going to a tougher (region). Wayne County, Hattiesburg, Florence. They’re replacing the JPS schools in Region 3-5A,” Craft said.

The Bulldogs will have several prospects returning for the 2021 season, including quarterback Kyreek Murray, wide receiver Mike Williams and offensive lineman Cameron Dunbar.

“This year, it was a young team filled with a lot of sophomores and juniors. Mike Williams, he’ll be a junior next year. He led the team in receiving. Traylon Minor, he’s a sophomore. He played linebacker last year and we moved him to running back this year. I feel like he has a lot to bring to the table. Kyreek, this was his first full year at quarterback. He gained a lot of experience this year. He needs to cut down on the turnovers. He threw for over 1,500 yards and 15 touchdowns,” Craft said.

Craft noted that the Bulldogs have a young offensive line and a few standouts returning on defense next year.