Watching Fourth of July fireworks exploding over the Mississippi River from the bluffs with family is Noah Harris’s favorite memory of Natchez.

Noah said Natchez is the community that raised him, explaining he has felt like he was a part of Natchez.

History, food and the people of Natchez is what Noah enjoys most about the city and Mississippi in general, he said. Noah’s grandfather, Don, owns Don’s Barber Style Shop, 6 St. Catherine St. in Natchez where Noah has his hair cut when he visits.

Don’s Barber Style Shop is actually the first place Noah ever had his hair cut, Gordon said, adding how proud he is to see his grandson grow up into a success. Gordon watched Noah on Good Morning America speak about his accomplishments.

“He said he wants to be a lawyer, and he hopes to be in a courtroom one day,” Gordon said. “Hopefully the good Lord lets me see that. We got a grandson who accomplished what he did already at age 20. I can’t tell you nothing else but that is a blessing to us.”

Before COVID-19 and college, Noah said he would get his hair cut there at least once a month. Noah said at times he would feel homesick while at Harvard but for the most part he is able to come home every three months. COVID-19 has only allowed Harris to visit Natchez twice since the spring, he said, adding it has been hard for him to not be able to use the time away from school to visit family.

Noah is an Eagle Scout, played baseball and basketball at Oak Grove High School in Hattiesburg, and even wrote a children’s book called “Successville.” Noah had the opportunity to play sports in college, but he said he wanted to go to a school known for its academics.

Noah’s mother suggested he look at Ivy league schools. He toured Princeton, Yale and Harvard. He said he fell in love with the small town feel of Harvard and chose to go there.

The book “Successville” teaches kids about setting goals and working hard in school, ideals Noah said he found very helpful to his success, adding the lessons found in the book will help kids think about the next chapter in their life.

“There is so much talent in the South and in Mississippi but a lot of times we don’t ask kids what they want to be until it is time to make that decision,” Noah said. “By then you have less options than you would have if you started working on that before. I’m just trying to be there for kids to encourage them, and give them something to work toward.”

Noah’s time as a defense intern with Mississippi Senator Roger Wicker taught him how to serve Mississippi on the federal level. A junior at Harvard, Noah said he is already thinking about the next step of going to law school.

“Always giving your time and energy to make sure that other people are doing fine is something I will always take with me from Mississippi,” Noah said. “It is something that has served me well at Harvard. I’m always thinking of how I can leave Harvard better than I found it and that is something the community has instilled in me.” 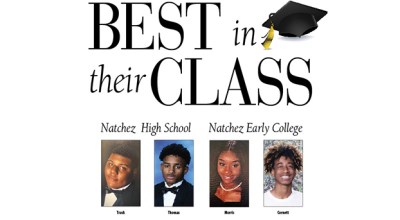 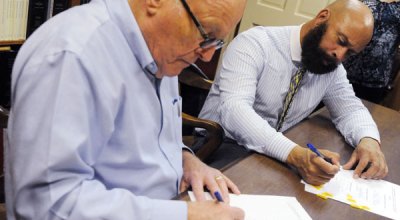 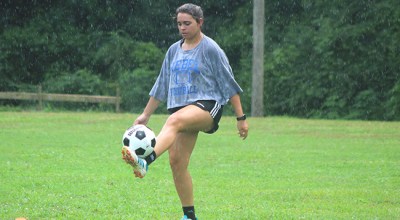