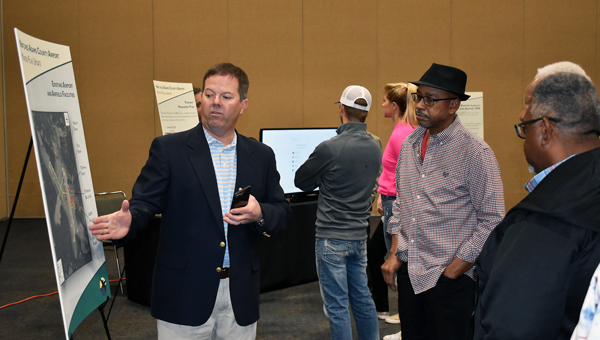 Hayden Kaiser III, principal at Jordan Kaiser & Sessions, said he was caught completely off guard when the Adams County Board of Supervisors on Tuesday voted 3 to 2 to contract with an out-of–area firm for the county’s engineering services.

The county had contracted with locally owned and operated Jordan Kaiser & Sessions for more than four decades until supervisors Angela Hutchins, Rickey Gray and Warren Gaines voted to hire IMS Engineers, a firm that has offices in large cities around the country, but none in Natchez.

Supervisors Kevin Wilson and Wes Middleton voted against the change.

“To my knowledge, no one said anything to us about being dissatisfied with our work. No one told us beforehand that they weren’t going to hire us,” Kaiser said.

“I am completely disappointed. My dad started this firm more than 60 years ago. He died in April. We are good citizens. We are good members of the business community. We turn out really good work. What I am most disappointed in is that this move says that our leadership doesn’t trust us,” he said.

For the last two years, the county and Jordan Kaiser & Sessions have worked together without a contract. Kaiser said business with the county amounts to about 20 percent of his firm’s revenue.

“The past two years, the county has paid us $250,000 per year. That’s a pretty big blow to our revenue,” he said. “I’ve always heard that a dollar spent in the local economy turns over seven times. Multiply that revenue by seven. That’s the hit to our local economy. That’s the money our local economy will now miss out on. The money they will pay this new firm will head straight out of town.”

Wilson said he was caught off guard by the issue of choosing a new engineering firm. However, he said a representative from the company was in the audience at Tuesday’s meeting.

“I don’t know where this came from. And I voted against it because we don’t have any details about this other firm,” Wilson said.

He also said he heard no discussion or received any information about what the county will pay IMS for engineering services.

Kaiser said he will try not to lay off any of his employees, but it will be difficult to continue at the firm’s current staffing while losing the county’s business.

“I have 18 people on my payroll. Those 18 people live in our community. I can’t get support from that from our county?” Kaiser asked. “If we had done something terribly wrong, I would understand this 100 percent, but that’s not what happened. We have turned out great work as engineers and surveyors. I don’t want to let anyone go, but that’s almost 20 percent of our revenue. This is like getting the carpet pulled out from under us.”

Kaiser said his firm is a viable part of the Natchez business community, and will continue to be.

“We aren’t going anywhere. We are a good engineering company. We have engineers and surveyors with impeccable records. I think most people in the community respect us. It really hurts my soul to know our county leadership does not.”