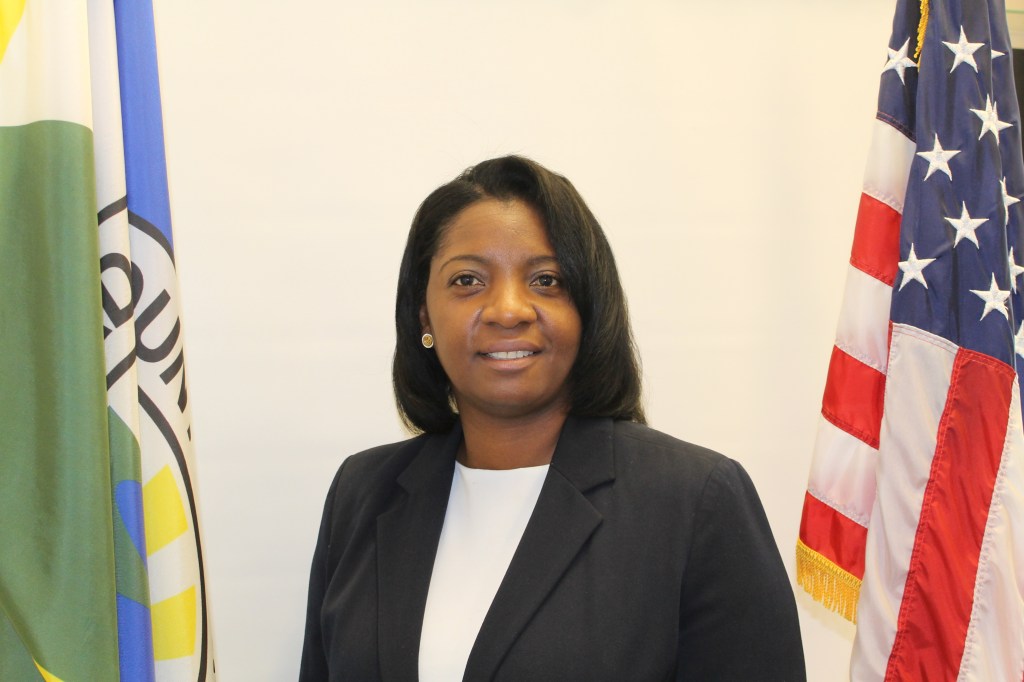 NATCHEZ — The president of the Adams County Board of Supervisors said she takes exception to what the owner of Jordan, Kaiser & Sessions had to say when the supervisors selected another firm for engineering work last Monday.

Board President Angela Hutchins said Hayden Kaiser III knew county officials were not pleased with the work being produced by his firm — and has known it for a long time.

“I feel like we did nothing wrong for voting for this because Hayden Kaiser knew this was coming,” Hutchins said. “This didn’t happen in this board era or the last board era. This happened in the Darryl Grennell era (meaning former supervisor Darryl Grennell).

“We called Hayden in not one time, but a few times. And (former county administrator) Joe Murray, (county road manager) Robbie Dollar and (county attorney) Scott Slover can vouch for this. We had the county road manager and county attorney going out doing engineering work,” she said. “Yes, Hayden was talked to about it. We have had to get extensions on projects, change orders, and all of that is costing us money.

“They were put on a month-to-month basis because of that almost three years ago. We were giving them a chance to get it right. We have called them in every year about this. When we learned that Mr. Jim Marlow (a JKS employee who served as the county’s engineer) was going to retire on Dec. 31, 2020, we had no choice (but to make a change),” she said. “We have a road manager begging for help. We could not continue to hire a firm who was not going to have anyone to do the work.”

Hutchins said the problems with the firm happened after its founder, Hayden Kaiser Jr., retired in 2018.

“We are trying to help this community, not hurt this community,” Hutchins said. “We are not kicking them when they are down. They have 21 projects worth over $2 million from us.”

Hutchins said January of each year is when supervisors contract or choose those who will provide services to the county and all supervisors knew this.

“They may not have known this firm was going to be appointed, but we did discuss this in executive session before the appointment. They also knew this firm came to us months back and gave us information and introduced themselves,” she said. “We have talked to other people in the past about this. We have talked to (new engineering firm) IMS in the past. We have had other ones to come down in the past and make a presentation to us. We have talked to Doug Wimberly (who at one time worked for JKS) and even spoke to David Atkins (former supervisor of the water department) about it.”

Hutchins said the rate the county will pay new engineering firm IMS Engineers has yet to be negotiated.

“They have been awarded a deal to go into negotiations, which could begin as soon as next week,” she said.

While IMS Engineers is headquartered elsewhere, Hutchins said the firm has an office in Ridgeland and plans to open an office in Adams County. Chris Harrison, who has worked at IMS Engineers for 13 years, is a native of Natchez, a graduate of Natchez High School and Tougaloo University. She said Harrison plans to move back to Natchez and work in the IMS office here.

“I want people to know we sit here, and we make the best decisions for the county with the taxpayers’ money,” Hutchins said.

“They didn’t do their jobs. We got contractors we have to meet with in executive session because they have problems with them. Hayden knows that. It ain’t no secret. If they were doing their jobs, the contractors wouldn’t be complaining and they wouldn’t be costing the county money,” Gray said. “The good old boy system is over with. We are honest, and we are open, and we are fair to everyone. We kept them three years too long.”