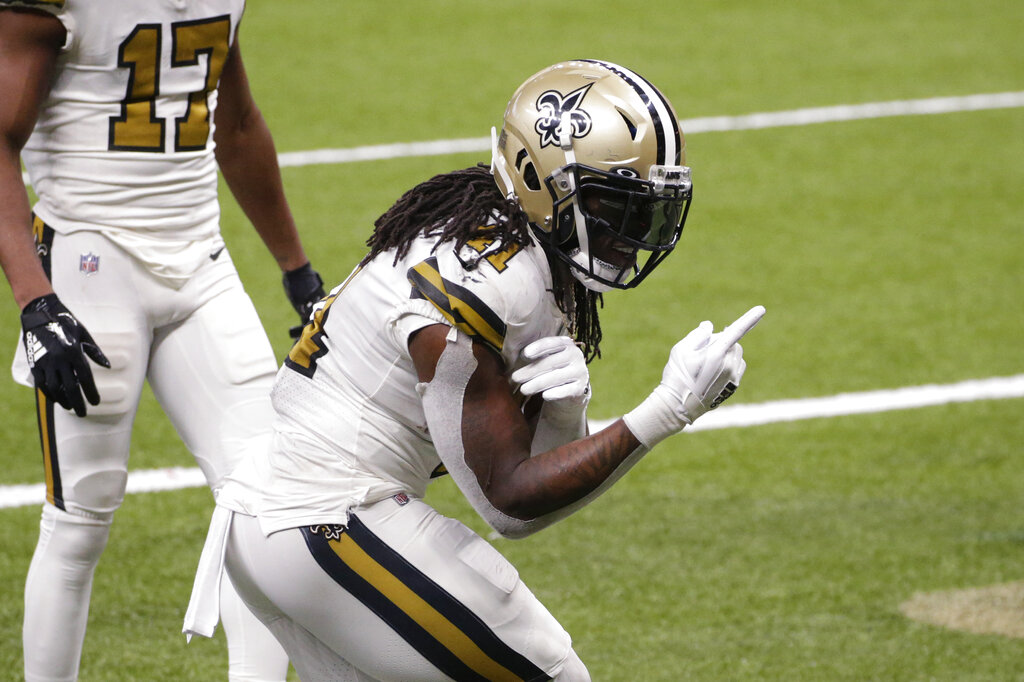 New Orleans Saints running back Alvin Kamara (41) reacts after his fifth touchdown of the game, in the second half of an NFL football game against the Minnesota Vikings54 in New Orleans, Friday, Dec. 25, 2020. (AP Photo/Butch Dill)

Kamara missed the regular-season finale last Sunday because of COVID-19 protocols, while Thomas was on injured reserve for the final three games because of a nagging ankle injury.

Kamara led the Saints in yards rushing (932) and yards receiving (756) in 15 games. He also set Saints records for TDs rushing in a season with 15 and total TDs in a season with 21. He was placed on the reserve/COVID-19 list last week after testing positive for the coronavirus.

Thomas, the 2019 AP Offensive Player of the Year, has missed nine games this season because of the ankle issues but returned to practice this week. He had 40 catches for 438 yards and no touchdowns in seven games during the regular season.