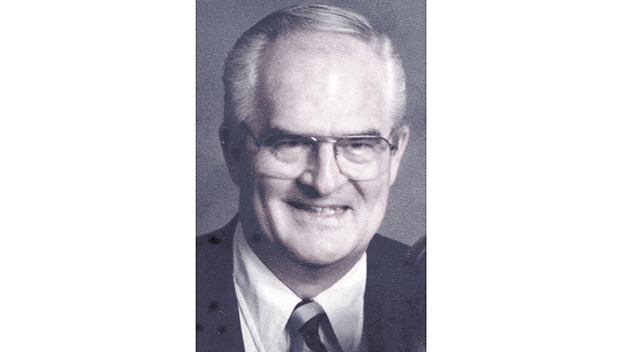 NATCHEZ — John Andrew Leckie passed away on January 6, 2021, in Natchez, Mississippi. Visitation for family and friends will be held at Laird Funeral Home Chapel on Sunday, January 17, 2021, from 1 p.m. to 2:30 p.m. with masks and social distancing required.

Following the visitation, a private family service in the Laird Funeral Home Chapel will be conducted by Dr. Doug Broome, Pastor of First Baptist Church in Natchez, with interment thereafter at the Natchez City Cemetery.

The son of Mary Ann Scarlett Leckie and John Hugh Leckie, John Leckie was born May 4, 1931, in Kitchener, Ontario, Canada. His early education was in Kitchener; but his high school years were spent in Hamilton, Ontario, where he graduated from Westdale High School. Upon graduation he attended McMaster University.

As a young child, John grew up during World War II with his father stationed overseas. Without his father present, his mother made sure John was involved in many positive activities. He spent summers working on his maternal grandfather’s farm, had a paper route, worked on a golf course, and was an active member of a local Hi-Y Club where he made many lifelong friends.

Not sure of what he wanted to do in life, John left McMaster University and joined the Royal Canadian Navy as a pilot. During flight training in Pensacola, Florida, he met his future wife, an elementary school teacher, Mary Jean Miller of Natchez; and they married on August 12, 1956, at First Baptist Church in Natchez. Later, they moved to Kingsville, Texas, and then on to Dartmouth, Nova Scotia, where he was stationed as a Navy pilot. Here, their first two children, Andree and John, were born; their third child, Charles, was born in Natchez.

In 1961, John Leckie and his family moved to Natchez where he went to work with his father-in-law, Coyne Miller. During this time, he completed his college education at the University of Southern Mississippi with a Bachelor of Science in History, a Master of Science in Guidance and Administration, and a Triple A Certification in Guidance and Administration.

John Leckie’s career in education spanned more than twenty-five years with the Natchez Public School District where he first taught history but spent the majority of his career as a guidance counselor and administrator. He was a highly regarded educator and never went out in public without a former student coming to visit with him.

As an active member and Deacon of First Baptist Church in Natchez, John Leckie taught a men’s Sunday School class for over twenty-five years and was an active member of many different committees. In addition, he was very involved in the local community as a member of the Trace City Kiwanis and later the Natchez Kiwanis Club, serving as president multiple times and secretary for many years. As a man very proud of his Scottish heritage, he avidly enjoyed his membership in the Natchez Scottish Heritage Society. He was also an active member of the Retiree Partnership and a volunteer driver transporting American Military Veterans to Jackson for medical appointments.

Spending time with his family, his church, and travel were some of his profound passions. With his wife, children, and later grandchildren, he made many road trips in his RV across the United States and Canada. One of his most treasured memories was his trip to Scotland with his three children to visit the land of his ancestors.

John Leckie was preceded in death by his parents; his sister, Marilyn Leckie Groves, and brother-in-law, Norman Groves, of Burlington, Ontario; and his sister-in-law, Mary Lou Miller, of Natchez.

The John Leckie Family gives special thanks to his caregiver, Mrs. Jane Washington; to his family physician, Dr. Chuck Borum; and to the many dedicated healthcare workers who attended to him in his last years.