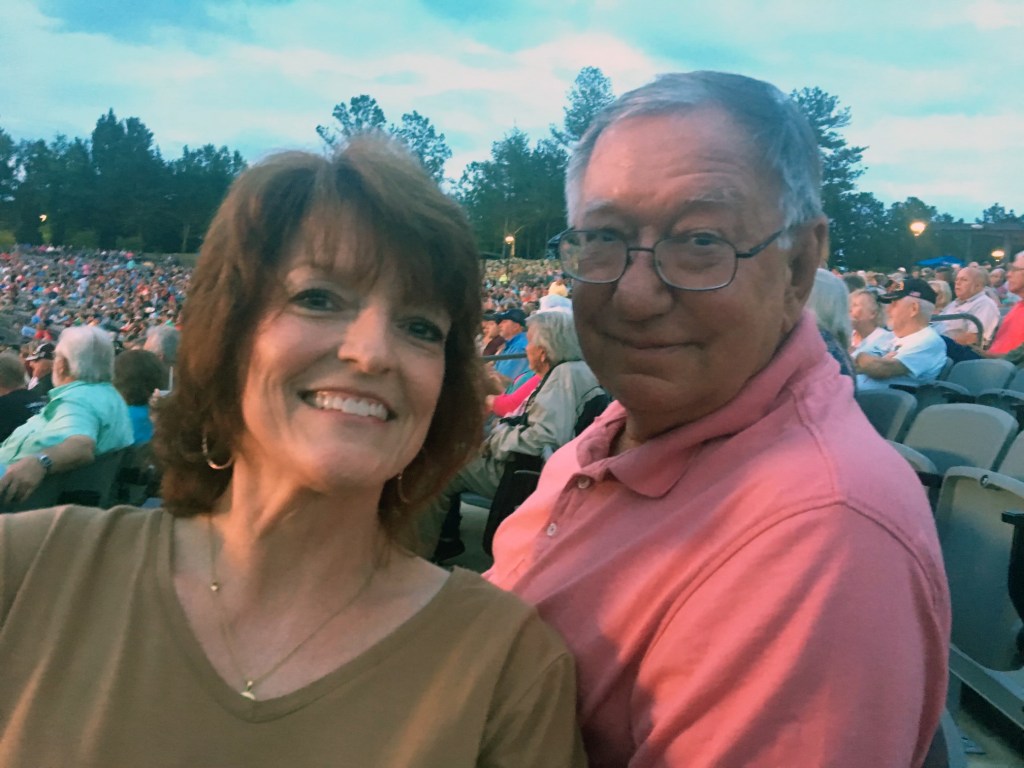 Kenneth Hedrick and his wife Linda at the Brandon ampitheater in 2019. Kenneth first met his wife at a 4-wheeler race in Vidalia, and was married to her for 28 years. (Photo submited by David Hedrick)

Kenneth Hedrick’s love for people is what family, friends and members of the Concordia Parish community will remember most about his life.

Hedrick died on Jan. 7  at the age of 72 after a battle with cancer, and was born and raised in Concordia Parish. He served Concordia Parish through Law Enforcement for 50 years. Many people described Hedrick as faithful and willing to help others.

Hedrick’s pastor Richie Barrett said he remembered a time his son, who was two years old at the time, unbuckled and put his hands over Barrett’s eyes. As the vehicle wildly fishtailed and swerved, Hedrick pulled Barrett over with his Game Warden vehicle thinking Barrett had been drinking.

Upon finding out that, Barrett’s son had gotten out of his seat and caused Barrett  to swerve in the first place. Hedrick calmly explained to Barrett’s son about why he needed to stay buckled. Barrett said this was a great example of how Hedrick treated others.

“He was always a very nice guy, loved everybody,” Barrett said. “He was the fruit of the spirit. Love, joy, peace and happiness, he was all of those things. I don’t think anyone would have a bad thing to say about Kenneth. You can’t say that about many people.”

As Hedrick grew older Barrett said his love for others grew. Hedrick loved his three sons David, Ivan and Jared. Kenneth loves his sisters Melanie Lewis and Betty Otwell, his grandchildren, great-grandchildren, and his sweetheart Linda, who he was married to for 28 years, more than anything in the world David Hedrick said.

David is the oldest of three sons and is currently the sheriff of Concordia Parish after serving the parish as a deputy sheriff and as an investigator. David said all he ever wanted to be was a Marine and a police officer.

David joined the Marine Corps and served overseas until he was 23. David said his dad missed him so much when he first served in the Middle East, Kenneth tried to enlist in the Marines to serve alongside David.

“That’s the kind of Dad I had,” David said. “He wanted to be with me, he wanted to come take care of me. Even when I was grown and in the Corps.”

Barrett said Kenneth’s family would brighten up his world when the kids, and their spouses would attend church with Kenneth.

Former Concordia Parish Sheriff Randy Maxwell said he would see Kenneth at lunch at least once a week and there was always a smile on Kenneth’s face, and compassion was a part of his personality.

Concordia Parish Superintendent Whest Shirley said he first met Kenneth at M&D’s hunting camp in Frogmore, Louisiana when Kenneth was a game warden for the Louisiana Department of Wildlife and Fisheries.

Maxwell said that Kenneth loved to go fishing or hunting just to be in the outdoors.

David said his father took him hunting several times, but one of his memories of his dad in the outdoors came when David was hunting rabbits at night, which is illegal, and his dad caught him. David said he was a radio dispatcher for the LDWF when he was in high school.

Kenneth served as a game warden from 1981 to 2008 before retiring and becoming the Ferriday Police Chief until 2011. In 2012, Kenneth was elected as Concordia Parish sheriff, which is when David said he grew closer to his father.

David said his father would share the bible verse Isaiah 41:10 if David was stressed or faced with a difficult decision. David said when he was sworn in as sheriff after his dad, Kenneth told him that he was his hero.

In the eight years David worked with his dad in the Sheriff’s department he learned how to treat others with compassion by how Kenneth worked as a sheriff.

“He wanted to help the people in the parish,” David said. “Jail was always the last resort. He wanted to try fixing the problem instead of locking somebody away.”

As a Christian, Kenneth shared the gospel with fellow officers, correctional facility guards and even trustees, inmates who can be trusted, often taking them to church with him, Barrett and Shirley said.

David said Kenneth told his wife Linda to make sure all the kids were saved so he could see them in heaven again. David said there is no doubt in his mind that he will see his father again in heaven.

Kenneth’s final moments were spent with family around him. On David’s phone is a picture of him holding Kenneth’s hand as he drew his last breath with his family all around him.

“Knowing that he had completed his job here and where he was going,” David said. “His last breath here was his first breath in heaven.”

City of Natchez to consider financing parks and recreation…