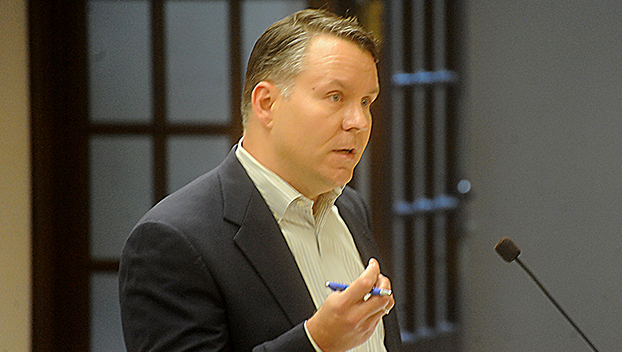 NATCHEZ — The Natchez Convention Promotion Commission has three prospective candidates for the Executive Director and one vacancy on the commission’s board of directors, Natchez Mayor Dan Gibson said in a Tuesday meeting.

Gibson said the city’s tourism committee would have the opportunity to meet with each of the three finalists chosen by the NCPC for Executive Director.

However, the NCPC — which acts autonomously — has authority given to them by state law to hire the candidate of their choosing, Gibson said.

Names of those applying for the position were not released to the public.

The city once had a contract with the NCPC, which allowed the Board of Aldermen to be more involved in the selection process. However, the NCPC opted to not renew the contract when it expired in August 2020 under the prior administration, Gibson said.

“They (the NCPC) have sought input from our tourism committee and from the community. However, they will have the ultimate decision,” Gibson said of hiring an Executive Director.

The Board of Aldermen retains the authority to appoint and remove the members of the commission and request regular updates, Gibson said.

There is a vacancy on the commission, which traditionally has six members, he said.

Officials are interviewing to fill the vacant position and are accepting letters of interest and resumes at the mayor’s office in Natchez City Hall through the end of the workday on Jan. 22, Gibson said.

“We’re open to anyone in the public who would like to apply,” he said.

The tourism committee — chaired by Alderwoman Sarah Carter-Smith and also served by Alderwomen Felicia Irving and Valencia Hall — would interview and select finalists to submit to other members of the Board of Aldermen to interview as a whole for the open NCPC seat, Gibson said.

The NCPC was established to market and promote the Natchez and Adams County area and acts as a resource for visitors and the area businesses that can host them.