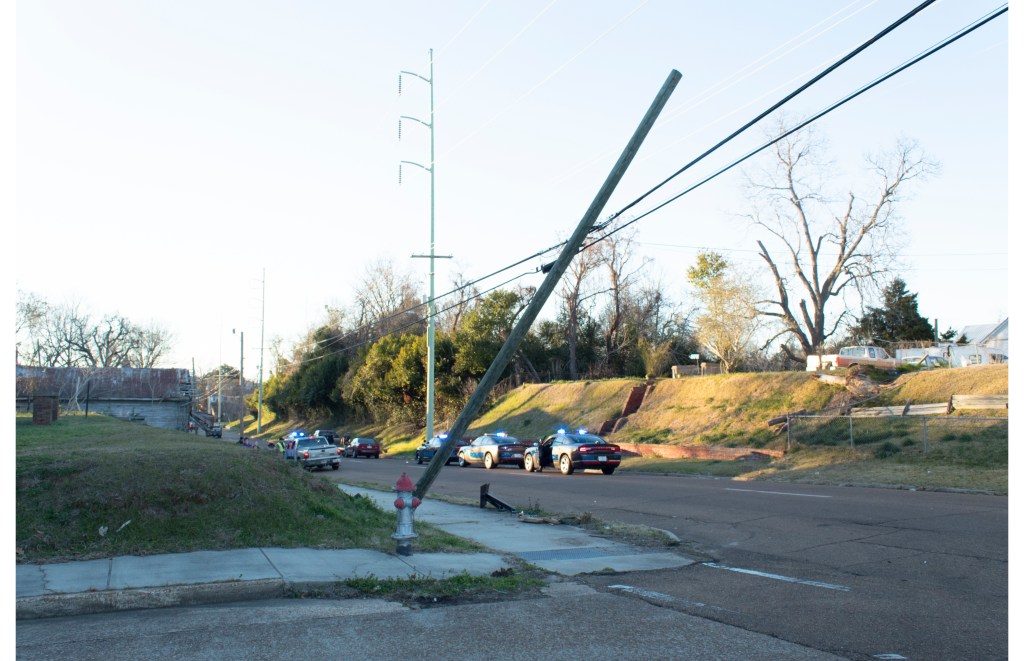 A utility pole was struck on St. Catherine's street in a two vehicle wreck. The utility pole was ripped out of the ground and two Natchez Trails plaques were knocked over infront of the Brumfield School Apartments building. (Photo by Hunter Cloud

A two vehicle wreck on St. Catherine Street Saturday took a pole out of the ground in front of the Brumfield School Apartments building. Witnesses said no one was hurt in the crash.

An officer with the Natchez Police Department working the scene of the accident said a maroon Honda Accord tried to make a left turn from the right lane when it collided with a grey Chevrolet Avalanche pickup truck.

Witnesses on scene said the Avalanche hit the utility pole, causing it to come out of the ground and rest upon a cable and telephone wire. In addition to the utility pole, two Natchez Trails plaques were knocked over.