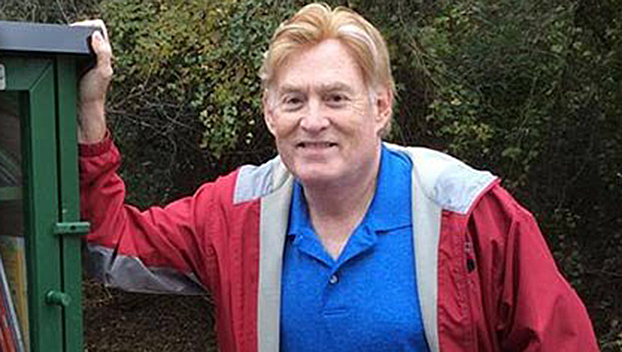 Kuehnle’s first two novels in the “A Bridge to Death Mystery” series have rave reviews from Kirkus, Booklist Publishers Weekly and more.

While other novels that Kuehnle has produced do focus on southern places, Kuehnle’s “A Bridge to Death Mystery” series is the first to represent his Natchez hometown, he said.

By changing the name of Natchez to Rosalie, Kuehnle said he gives himself freedom to make creative changes to familiar places.

“Cold Reading Murder” will be released on Feb. 23 and will be the subject of Kuehnle’s book talk at the 2021 Natchez Literary Cinema Celebration, which will be held virtually Feb. 27 through 28 due to COVID-19.

“I think Cold Reading Murder is the best so far of the three that I’ve written,” Kuehnle said. “It is the one where I’ve decided to move the goalposts a little bit in regard to Rosalie being Natchez.”

Kuehnle said he has worked real places and some future establishments into the plot of the book. Smoot’s, Fat Mama’s, Viking Cruises — expecting to have a new dock built in Natchez in 2022 — and Darby’s famous fudge are all in the plot.

“COVID is not even mentioned in the book,” Kuehnle said. “Cold Reading Murder is set around the year 2022 or 2023 when the boats have returned to Natchez and tourism is back full force. People who recognize substitutes for real places won’t have to do that this time because I’ve actually included them.”

One of the book’s characters, Aurelia Spangler, rents a so-called haunted mansion on the “High Bluff,” which represents Clifton Avenue, Kuehnle said.

“When I am in Natchez, I love walking Clifton Avenue and there a couple of houses that could easily be the haunted mansion that is rented by one of the characters who claims to be a psychic.”

Aurelia comes to the town of Rosalie intending to learn how to play bridge and perhaps find some people in the Bridge Club that might be interested in her psychic trade.

During her first bridge lesson with the main character Wendy Winchester and five other newbies, Aurelia offers them each a free cold reading — a trick of the trade that would tell the characters something important about their lives and, perhaps, their future.

Each character’s reading seems spot on and one is actually so disturbed he leaves town. Two days later, Wendy finds Aurelia dead in her mansion next to a suicide note and cocaine traces.

It appears to be a suicide but Wendy is not buying it.

Kuehnle said he is currently working on a fourth novel in the “A Bridge to Death Mystery” series for a 2022 release.

“I have a lot of twists and turns in the series and (the readers) like my heroine, Wendy,” Kuehnle said. “She is redheaded, like myself, and she’s young and very determined and she calls her own shots. … She is not a wallflower. That’s for sure. And she doesn’t wait around for men to tell her what to do.”
Kuehnle said he is planning to have a fundraiser for the George W. Armstrong Library, which will allow customers to purchase copies of the book online or by calling the library and arranging their payment.

Kuehnle said he is also speaking with area businesses that might carry copies of “Cold Reading Murder” for those who want to shop local. Print and digital copies of the book will also be available online through Amazon or Barnes & Noble when the book goes on sale on Feb. 23.