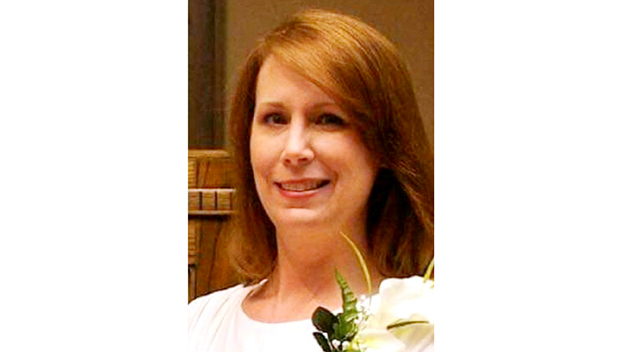 NATCHEZ — Sandra Powell, 53, was not a perfect human being — no one is — but was pretty darn close, her husband of 35 years, Mike Powell said.

All too often people define a lost loved one as kindhearted and selfless and Sandra truly was, he said.

Sandra died on Jan. 14 with complications with COVID-19 and lymphoma after dedicating approximately 25 years of her life to helping people as an emergency room nurse at Merit Health Natchez and at Natchez Regional Medical Center before that.

Her friend and coworker, Kathy Smith, said Sandra acted selflessly even as she was fighting the disease since mid-November.

“While I was at home sick and she was in the hospital, she called my boss and told her I needed to get tested (for COVID) and called me at home to make sure I was OK,” Smith said. “That is just who she was.”

Mike said he and Sandra met in 1983 while she was waiting tables at the old Western Sizzlin — today La Fiesta — on John R. Junkin Drive.

They were married two years later in August and together have four children who are now grown: Ashley Alford, Josh Powell, Kody Greene and Kylie Hart.

Sandra also had multiple grandchildren that she loved dearly — some by her children and some adopted grandchildren from friends, Mike said.

“She didn’t just love our grandbabies — our nieces and nephews kids, the kids of kids that grew up with our children, they were like our grandbabies too. If someone did them wrong, she may not win the fight but she would claw their eyes out,” Mike said.

While their children were still young, Mike said Sandra decided to go to nursing school at Alcorn State University in Natchez and graduated at the top of her class.

“She went back to school while we had babies still in diapers,” he said. “She wanted to be something and she was extremely smart.”

Mike said he was amazed by Sandra’s treatment of others.

“The stuff she would do for people was amazing,” he said. “She didn’t care if it would put herself in a bind.”

Fellow nurse Smith said she and Sandra used to park side-by-side at the hospital and walk out together at the end of every shift and talk about life, their families and grandchildren.

“She always found the silver lining. I would fuss and she was always up, always happy and always smiling,” Smith said. “She was just a nice person. … I miss seeing her face and miss talking to her. There is a hole in my heart.”

Shannon Russ, nursing director in the emergency department, said Sandra took care of each of her patients with compassion.

“She treated everyone as if they were the only patient that she had,” Russ said. “She greeted everyone with a smile, which now the mask hides. Being an ER nurse … You never know what kind of condition the patient will be in when they come in the door. You have to adapt and take care of the present situation and Sandra was good at doing that.”

“Some people are born caregivers and she was one of them,” Russ said. “Even if a coworker was sick or having a bad day, she was taking care of them too. You have your calm people and your high-strung people and she could calm the situation, no matter what was going on. She made it to where you knew everything would be all right.”

Mike said he and Sandra — as much as they loved each other — both always had to be right about everything.

They would vent to each other as best friends and the occasional spat never lasted very long, Mike said, adding “the more we were together, the better we got along.”

“Everybody has their faults,” he said. “As far as her herself, she was pretty special.”