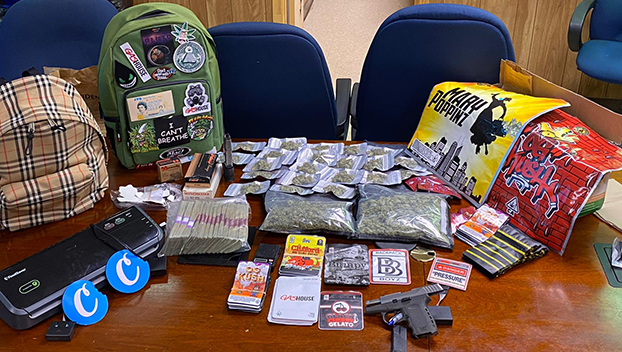 NATCHEZ — Adams County Special Operations Group agents uncovered what appears to have been a large drug operation after a traffic stop on Wednesday morning, according to a Thursday news release.

Adams County Special Operations Group agents stopped a vehicle being driven by Justin King, who had two active warrants for his arrest from Pontotoc County, after he left a residence under surveillance. 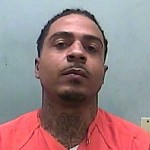 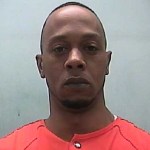 Justin King was wanted in Pontotoc County for contempt of court for charges of speeding and driving with a suspended license, law officials said.

His passenger, Brad King, had a stolen pistol on his person and a small amount of marijuana was found in the vehicle during the traffic stop.

During a search of the residence, agents located over a pound of marijuana, 100 Zanax pills and multiple bags that contained high-grade marijuana with a street value of over $30,000.

Adams County Sheriff Travis Patten said the investigation is still ongoing and indicated that the Bureau of Alcohol Tobacco and Firearms may get involved.

Patten said money laundering charges may come at a later date after agents finish their investigation.

Brad King was also charged with possession of a stolen firearm.

This is the second stolen weapon agents have recovered in the last couple days, Patten said in the news release.

Last week, agents arrested Keisha Campbell at the Fairbridge Hotel with a loaded firearm on her person and a stolen gun in her room. Campbell is a convicted felon and at the time was out on a felony bond for possession of methamphetamine.

Patten said this is the second time that his agents have caught Campbell with a loaded firearm on her person since 2017.