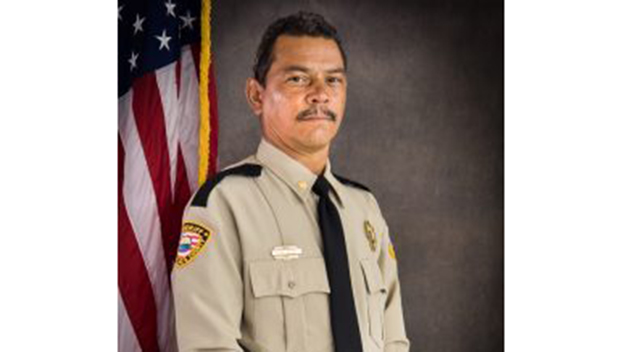 Editor’s note: The following story, published in the Sunday, Jan. 31, 2021 edition of The Natchez Democrat erroneously described the outcome of an Adams County Justice Court case against Adams County Chief Deputy James “Jerry” Brown. Brown was found not guilty of driving under the influence after a full trial with Justice Court Judge Eileen Maher presiding. The story has been corrected below. We regret the error and are glad to set the record straight.

NATCHEZ — Chief Deputy James “Jerry” Brown, 56, of the Adams County Sheriff’s Office is retiring after 25 years of service to ACSO and 30 years in law enforcement.

“I have not replaced him yet,” Patten said.

Brown’s decision to retire came after he was arrested in November for careless driving and driving under the influence. However, Brown was later found not guilty after a trial in Adams County Justice Court with Judge Eileen Maher presiding.

Brown was reportedly pulling a trailer behind his vehicle somewhere in the vicinity of the Adams County Correctional Facility on U.S. 84 in Adams County when he was pulled over by a state trooper.

Brown was placed on leave with pay until the trial was complete, Patten said.

After Brown’s trial, his leave with pay ended, Patten said.

“I hate what happened but everything happens for a reason,” Patten said of Brown’s arrest in November. “For him, I believe it made him realize how much he needed to spend time at home with his family. He was exonerated of the charges but that doesn’t mean that mistakes weren’t made.”

Patten said he did not interfere during Brown’s legal proceedings.

“I didn’t interfere with that at all and I want that to be clear,” Patten said. “I appreciate his years of service here and wish him the best.”

Brown said his legal counsel advised him not to comment on the arrest.

However, Brown said the arrest has nothing to do with his retirement.

“I wanted to get out of law enforcement while I was still young and able to enjoy life, children and grandchildren,” Brown said. “My wife and I have been discussing it over the last year or two.

Brown said he plans to use his retirement to do what he loves — that is hunting, fishing and spending time with family.

Brown said he started his law enforcement career as a sergeant in Angola 30 years ago. Brown said his father-in-law and former Adams County Sheriff Tommy Ferrell were good friends and convinced him to join ACSO’s ranks approximately five years later.

There, he climbed up the ranks from a jailer to patrol officer, narcotics officer, investigator, captain, major and finally chief deputy in 2018 under Patten’s administration.

Brown said he remembers his first experience with DNA profiling in a drug case he worked in 1999.

“We didn’t know a lot about DNA back then,” Brown said, adding he worked with agencies in New Orleans to walk him through the process.

In 2018, Brown said ACSO and the Natchez Police Department together were ranked No. 1 in DNA profiling cases out of all 82 Mississippi counties.

Brown said the most rewarding part of his law enforcement career was seeing his work change people’s lives for the better.

“I’ve had people I’ve had to arrest as youngsters come back later and thank me for helping them turn their life around,” he said. “In law enforcement, we see the negative side of things a lot and to see something positive come out of it makes it worth it to come back the next day.”

Brown said plans to use the skills he has acquired over the years to assist law enforcement on a volunteer basis.

“I won’t be working 8 to 5 anymore but I’m not leaving the community,” Brown said. “I owe this community a whole lot.”

Vaccine appointments hard to get due to demand