Vaccine appointments hard to get due to demand 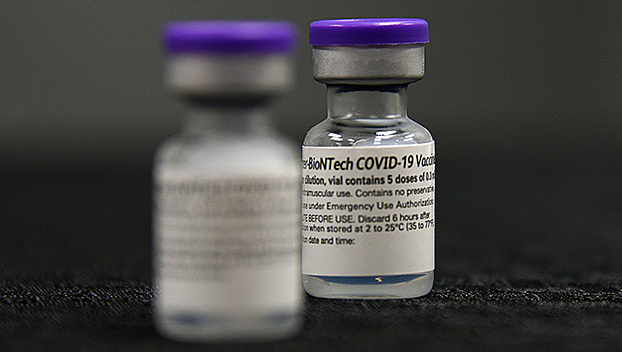 NATCHEZ — The demand for the new COVID-19 vaccines “far outweighs the supply,” state health officials said during a Friday afternoon press conference as they promised they are doing everything they can to administer as many of the shots as quickly and as effectively as possible.

To be effective, two doses of the COVID-19 vaccine are required, according to MSDH.

Dobbs said approximately 9,000 doses of the Pfizer vaccine that were pre-assigned to long-term care facilities were not needed and were reclaimed to go other Mississippians.

Additionally, the state is received additional vaccine doses from the federal government, which together made up the 15,000 new appointments that opened up Friday, Dobbs said.

“We depend on our local clinical hospital partners to make sure they get the vaccine to their communities,” Dobbs said. “We depend on accountability to make sure they are getting it out to those with underlying health disparities. … We’ll be making sure we get that quickly and efficiently into the arms of Mississippians.”

Only adults older than 65, those ages 18 to 64 with certain chronic health conditions and healthcare workers, EMTs and paramedics are eligible for vaccination in Mississippi.

As of Friday MSDH officials are allowing second dose appointments to be made as soon as patients receive their first dose.

Appointments are required to receive the vaccine and can only be made through the state health department — either with the online appointment scheduler at covidvaccine.umc.edu or by calling the Mississippi COVID-19 Hotline at 877-978-6453.

“They have shots available for everyone who has already had their first shot,” Bradford said. “Before you had to wait two to three weeks before you could schedule your second shot but now you can schedule your second shot right after you get your first one. … For the first shot, you just have to keep checking back and if they’re open, they’re open. … If people don’t show up for their appointment, that vaccine just rolls over to the next day so you might see new appointments open up.”

The state health department requires everyone who schedules a vaccine appointment to have a Mississippi address, however, there is not a limit to how far a Mississippi resident can travel within the state to get their shot, health officials said.

“We are not holding back,” said Liz Sharlot, Director of Communications for MSDH, in Friday’s press conference. “We want to get shots into arms.”

Last week, a drive-thru site was set up at the safe room Tuesday and Thursday and approximately 400 people received the vaccine each day, Bradford said.

Bradford said appointments were hard to make statewide because of the availability of the vaccine.

“As the weeks go on, new shipments come in and Adams County will be able to vaccinate a larger group,” Bradford said. “Just be patient. The state is working as fast and as hard as they can to get shots in people’s arms.”