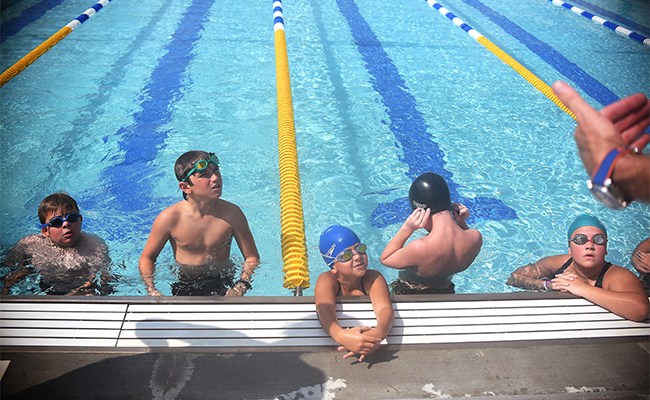 NATCHEZ — The Adams County Board of Supervisors on Thursday voted again to help the City of Natchez fund upgrades to the community pool on Liberty Road during Monday’s meeting.

The $345,000 project entails heating and installing a blanket cover on the pool to extend its seasonal use and adding an automatic chlorinator, a concrete deck extension and permanent bleachers, showers and lockers for swim teams.

A grant from the Mississippi Department of Wildlife, Fisheries and Parks supplies half of the cost and requires an equal match.

The Adams County Board of Supervisors and Natchez Mayor and Board of Aldermen last year agreed to each put up half of the match requirement for approximately $85,000 each. However, the project was placed on hold by COVID-19.

On Monday, Natchez City Planner James Johnston again asked county officials for support of their portion of the match as well as half of the added utility cost once a gas heater is installed.

Pool architect Johnny Waycaster estimates the cost of heating the pool to be approximately $4,100 per month of extended use beyond the June through August swimming season.

A motion to continue with the city and county’s agreement passed 3-2.

Supervisors Wes Middleton and Kevin Wilson both voted nay on the pool upgrades.

“I feel that recreation as a whole needs to be stepped up and I think we need to spread our money out,” Middleton said. “Yes there is a grant but there are other expensed that we would incur. … There are other areas of recreation that need some attention and until we start moving in that direction I’m not going to be able to vote on this right now.”

Supervisor Ricky Gray, while agreeing with Middleton that the county has other recreational needs than the pool, said, “doing nothing is not an option.”