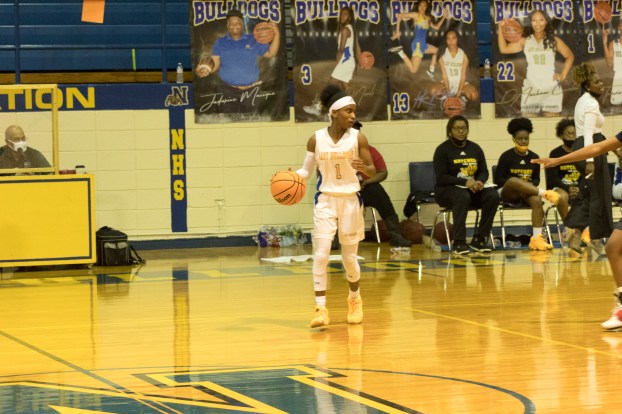 Head coach Alphaka Moore gave her bench players some much-needed playing time with the Region 6-5A Tournament taking place next week. And they contributed in a big way for the Lady Bulldogs.

“Our bench played well. I wanted to get them some playing time and some experience,” Moore said. “We have a young team. Everyone stepped up.”

And while the bench players contributed on offense, everyone on the team stepped up on defense — especially in the first half. Natchez High led Wingfield 22-7 by the end of the first quarter and 33-13 at halftime.

“I am really impressed with how we’ve transformed this season,” Moore said. “A good team win over Wingfield. Everybody did their part. Everybody played their roles defensively.”

MONTEREY — Allie Lipsey led Monterey High School with 17 points, but it was not enough as the Lady Wolves lost to the University Academy Lady Lions 53-37 last Friday night to remain winless in LHSAA District 6-B.

Led by a stingy defense, University Academy had its way with Monterey throughout the first half. The Lady Lions jumped out to a commanding 20-6 lead at the end of the first quarter and took a 30-11 lead into halftime.

The Lady Wolves played much better offensively in the second half, but the 19-point deficit was too much to overcome. The next high scorers for them were Cammie Duncan, Maddie Green, Addy Lacaze, and Gracie Wiley with four points each.

With Monterey’s games at Harrisonburg having been canceled, the Lady Wolves next play at Glenmora High School Friday at 5:30 p.m.