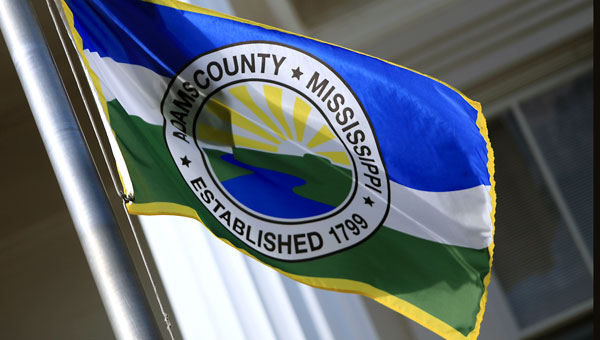 NATCHEZ — The Adams County Board of Supervisors on Tuesday voted unanimously to appeal a court order for public-defense attorney’s pay, stating the cost would “blow up” their budget.

A court order signed by Adams County Circuit Court Judges Lillie Blackmon Sanders and Debra Blackwell dated Jan. 25, states that effective Jan. 1 of this year, public defense attorneys are to be compensated at a rate of $100 an hour and $350 per case.

Adams County Attorney Scott Slover said in the past, the Board of Supervisors paid public defenders a flat rate for serving indigent clients and lunacy hearings.

Last year, Sanders and Blackwell both submitted plans to the board for a public defender’s office, which would be independently managed by attorney Jeffery Harness and comprised of himself and four other attorneys and a secretary working under him.

The Board of Supervisors has yet to approve the budget for the public defender’s office, which is estimated to cost the county approximately $320,000 per year and save them the expense of paying nine attorneys who were randomly called on for various cases.

“Right now, the idea of a public defender’s office has been placed on hold until the board can reach a level of comfort with it,” Slover said.

In prior board meetings, supervisors questioned the legality of a public defender’s office with Sanders’ daughter and sister hired to be two of the four attorneys — neither of whom can legally practice in front of Sanders.

Harness was appointed by Sixth District Circuit Judge Lillie Blackmon Sanders as the county’s chief public defender to manage the public defender’s office, and he appointed attorneys Zachary Jex, Tim Blalock, Lydia Blackmon and Aisha Sanders to work under him once the office is established.