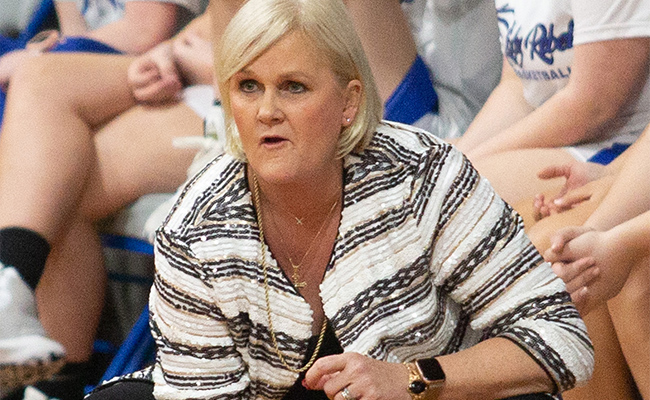 NATCHEZ — The Adams County Christian School Lady Rebels had a double-digit lead for most of last Friday night’s MAIS District 4-4A game against the cross-town rival Cathedral Lady Green Wave.

Then in the final two minutes, ACCS nearly squandered that lead with one miscue after another. But Cathedral wasn’t able to take advantage of the situation as much as it perhaps should have.

And the result was the Lady Rebels holding on for a 48-44 win over the Lady Green Wave at the Roy J. Garcia Gymnasium for their third win in a row and to finish in third place in District 4-4A.

“To God be the glory. I couldn’t be any prouder of my team than I was (Friday night),” Lady Rebels head coach Melanie Hall. “They fought hard. It was a team win. This team has come so far from Day 1 to now. I’m just very thankful for it.”

ACCS had a lead of between 10 and 14 points at different times throughout the game and was still up by 10 points with two minutes to play. After that, the Lady Rebels almost let victory slip through their fingers.

“We made some mistakes. We missed some free throws. Missed some lay-ups. Turned the ball over. That’s why the game ended so close,” Hall said. “The girls, for the most part, played well, expect the final two minutes.”

Brooke Collier led ACCS (8-13, 3-5) with 18 points and Makenzie Campbell had 12 points. The Lady Rebels will look to extend their winning streak when they take on District 3 No. 2 seed Hillcrest Christian School Wednesday at 1 p.m. in the first round of the 2021 MAIS Class 4A South State Tournament at Simpson Academy in Mendenhall.

The loss meant the end of a rough season for the Lady Green Wave, who finished in fifth place in District 4-4A.

NATCHEZ — Natchez High School was scheduled to host Canton High School in what was supposed to be a pair of tune-up varsity games for this week’s MHSAA Region 6-5A Tournament last Friday night at the Mary Jean Irving Memorial Gym.

Natchez hosts the first round of the Region 6-5A Tournament on Tuesday night. The No. 1 seed Lady Bulldogs will tip-off with No. 4 seed Wingfield High School at 6 p.m., followed by the No. 2 seed Bulldogs facing No. 3 seed Jim Hill High School at 7:30 p.m. Those games will be played at Natchez High.