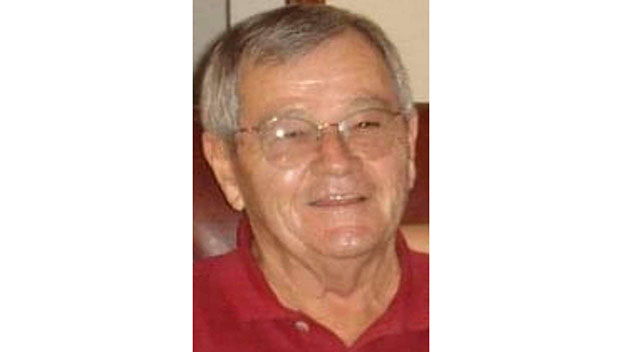 Sammy Cauthen has filled the District 1 seat on the Adams County Board of Supervisors for approximately three decades.

His son, Dusty Cauthen, posted about his dad on social media Sunday.

“It is with a heavy heart that I announce the passing of my best friend, who also happens to be my father,” Dusty Cauthen said in his post. “After overcoming two surgeries, a bout with pneumonia, and 96 consecutive days in the hospital, he finally succumbed to a second battle with pneumonia this morning.

“No one could possibly understand how lucky and blessed I was to be chosen by he and my mother to start their family. I’m so proud of how I was raised, to always mind my manners, to respect my elders, and have a strong work ethic. I was privileged to learn at an early age, how to muck stalls, bale and load hay, and cutting and splitting firewood that my cousin Todd and I sold every winter after acquiring our drivers’ licenses.

“Ever the optimist, having the patience of Job, and always putting others above self. Qualities I wish I would have held near and dear to my heart as he did. He’s no longer in pain, nor struggling to breathe and is now reunited with his beautiful bride. Until we meet again. ‘I’ll have one with ya!’”

Darryl Grennell, who served with Sammy Cauthen on the Board of Supervisors in 1997 prior to being Mayor of the City of Natchez, said at first he and Cauthen did not always see eye-to-eye but through years of working together became close friends.

Sammy Cauthen, a conservative, and Grennell, a Democrat, often argued about county spending but came together on important issues—such as resurfacing roads, rebuilding bridges and expanding the Adams County Port Facility, Grennell said.

“I can remember us having really heated board meetings and Sammy would throw out something humorous that would break up that negativity,” Grennell said. “We would leave the meeting laughing because Sammy would say something that would put us back in a positive mode. He was smart at pulling the board back together.”

Grennell said Cauthen did a lot for his district, loved his community and loved his family more than anything — especially his grandchildren.

Grennell said he remembers being in Washington, D.C. and watching Sammy Cauthen pull out wallet photos of his grandchildren to proudly show them off to his congressional delegation.

Grennell said on issues he knew Sammy Cauthen would not support, he usually did not bother trying to persuade him.

“As an elected official, you’re not always going to agree on every issue and he never held his mouth. He knew exactly what his position would be. If you were for something and he was against it, he would say so from the beginning,” Grennell said.

Sammy Cauthren’s friend of 70 years and business partner, Webb Carter, said he admired Sammy Cauthen for his honesty as a politician.

“He told me once, you never take anything that isn’t yours,” Carter said of Sammy Cauthren’s politics.

Sammy Cauthen also raised livestock and hay and together he and Carter ran road trucks to move flatbed materials.

Carter said Cauthen was always outgoing and enjoyed hunting, traveling, and rodeo in his younger years. Sammy Cauthen was devoted to his wife, Connie, who passed away a few years before him, Carter said.

“I miss going to see him every day,” Carter said. “He was a good man.”

Former mayor Tony Byrne said he also knew Sammy Cauthen as far back as when he was in junior high school before they’d worked together as elected officials.

“I used to ride my bicycle by his house on Orleans Street on my way to junior high school carrying my lunch and he and his twin brother (Robert) would call me ‘Sandwich,’” Byrne said. “We had a lot of good times together.”

Byrne said Sammy Cauthen was smart enough to know his constituents inside the city mattered and made an effort to work inside city limits as much as in Adams County.

“I thought he was a very good supervisor because he helped inside the city,” Byrne said, adding what he remembers most is Sammy Cauthen’s work in bringing films to Natchez, such as “The Adventures of Huck Finn” (1993), “Beulah Land” (1980), and “The Autobiography of Miss Jane Pittman” (1974).

“We had 13 movies made and Sammy was involved in almost all of them,” Byrne said. “He made a lot of friends in California and help bring the films here. He also helped with wrangling the animals and taking care of them. He and I both saw it as a big industry for Natchez. They’d bring a lot of money in and leave it here.”

Byrne said Sammy Cauthen was friendly to everyone and a good friend to him.

“He’s going to be missed,” Byrne said. “You hate to lose good people like him.”