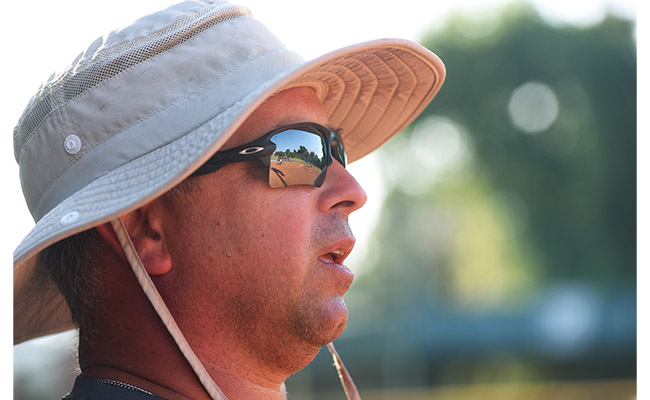 LIBERTY — Cathedral High School’s varsity baseball team started its 2021 season in impressive fashion as the Green Wave pulled away in the final two innings for a 10-4 win over the Amite School Center Rebels last Tuesday night.

Jake Maples held Amite School Center in check until the bottom of the fifth inning, when the Rebels scored three runs off him before head coach Craig Beesley brought in Hollis Lees to stop the rally.

Maples, who pitched three shutout innings after giving up one run in the bottom of the first inning, was the winning pitcher. He gave up four runs, three of them earned, on five hits with five strikeouts, two walks, one hit batsman, and two wild pitches.
Lees pitched two and one-third innings of shutout ball, gave up just one hit, struck out four and walked four to pick up the save.

“I thought our pitching did well. I was impressed with Jake’s performance,” Beesley said.

That was until the Rebels got to Maples in the bottom of the fifth to make it a 5-4 game, forcing Beesley to go to the bullpen. Lees stepped up in a big way and that allowed the Green Wave’s offense to put the game away.

Even though Cathedral had just five hits in the game, the Green Wave took advantage of not only the wild pitching by Amite School Center’s pitchers, but it also used its team speed to try to make the Rebels’ defense to make mistakes.

Tanner Wimberly went 2-for-3 with three RBIs, one runs scored, had two of the team’s seven stolen bases, and was hit by a pitch three times.

“Tanner had two big hits for us in the game. He had a two-RBI single in the first inning. Then he stepped up again in the sixth inning and he had another two-run, two-out single,” Beesley said. “We were able to put a little pressure on them defensively with our small ball. We used our speed to our advantage.”

Lees went 1-for-3, was walked twice, and scored three runs. Maples was 1-for-3 with a walk and one run scored. Zeke Flattmann was 1-for-5 with two RBIs, two runs scored, and reached on an error. Even though Tyler Gregg was 0-for-3 at the plate, he had a sacrifice fly and two RBIs.

“It’s big. To win that first game will be big,” Beesley said. “Hopefully we’ll be able to survive the weather coming in over the next week. Hopefully we can keep everybody in rhythm with the cold and wet weather that’s coming our way.”