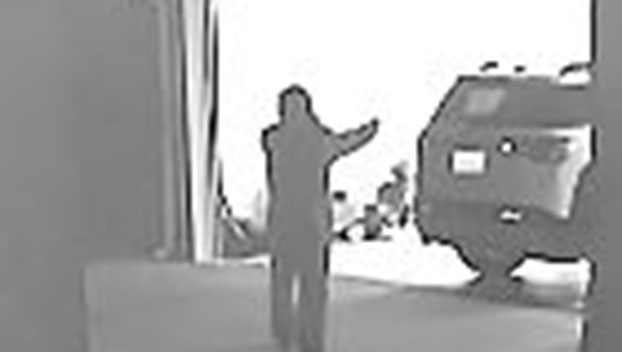 A resident's home surveillance video captured this image of a man carrying and pointing a gun at the garage door of a home before rummaging through the vehicle.

Adams County Sheriff Travis Patten said Baton Rouge police arrested Jlandrick Davis and Keon Johnson, both age 20, and Delronta Tyler, age 19, on Tuesday night after a woman called law enforcement in regard to men approaching her house with a gun. 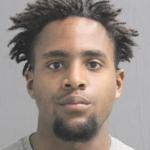 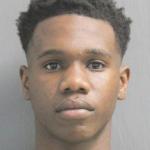 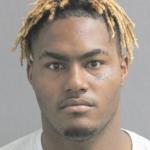 Patten said all three of the men arrested in Baton Rouge are from Natchez and were each charged with simple burglary and possession of a stolen firearm.

Patten said the woman used her Ring doorbell to scare off the men and Baton Rouge police were able to stop the vehicle they were driving and apprehend them.

Patten said it was a similar situation to the string of burglaries along Country Squire Road and Club Drive that occurred early Monday morning.

“We received a tip and were able to identify one of the main suspects and the car they used after cooperating with multiple agencies, including the Natchez Police Department,” Patten said, adding investigators obtained photos and footage from multiple burglary victims.

Patten said his deputies and investigators at ACSO also “did a phenomenal job on this case, getting the suspects identified.”

After the men were arrested, Baton Rouge police confirmed they had guns and other stolen items from Adams County.

Patten said ACSO has issued warrants for all three men for four burglaries and three attempted burglaries based on the camera footage obtained by investigators.

Patten said the investigation is still active and more charges could be forthcoming.

“We’re asking everyone who has a camera to go back and look and see if they were on that camera,” Patten said.