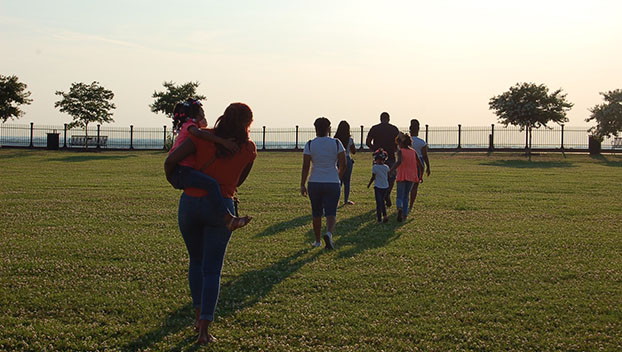 NATCHEZ — Natchez Preservation Commission has approved conceptual plans for an outdoor amphitheater by the historic train depot on Broadway Street.

The nine-member commission discussed the plans during their Wednesday meeting.

The commission must review any changes made to structures and landscapes in Natchez’s historic district to ensure they do not impede the preservation of historic properties.

The amphitheater is part of film producers Tate Taylor and John Norris’ plans to renovate the former train depot into a restaurant and make further enhancements to the bluff.

The preservation commission has given their approval of the project contingent upon further review and approval by the Mississippi Department of Archives and History.

An agreement between the City of Natchez and Taylor and Norris’ Church Hill Variety LLC to lease the space is nearing completion, Norris said in Tuesday’s meeting of the Natchez Mayor and Board of Aldermen.

The board unanimously approved signing a nonbinding letter of intent to lease the former train depot and the area behind the depot to Church Hill Variety LLC.

Norris said Tuesday that the lease “is in shape” apart from the final task of dealing with the ground being the depot for the amphitheater and coming up with a financial plan that works for both parties involved.

Norris said the area behind the depot would be a separate agreement that Church Hill Variety continues to work on with the city.

“We’ve carved (the depot) out as a smaller piece so that the depot will be open for the summer,” Norris said.

Architect John Weaver said the amphitheater would have a sloping, semicircular seating area at the south section of the depot property and would be terraced up toward the public walking trail on the edge of the bluff.

The space would be designed to accommodate musical performances and outdoor dining with about 15 tables and a patio built on the side of the river-facing side of the depot, Weaver said.

Preservation commission member Liz Dantone said she hoped the amphitheater would not be “privatized” to allow just restaurant patrons and deny access for the general public.

In Tuesday’s meeting, Norris said all of the property would be 100 percent accessible to the public.

“We will be building that whole area. Not a portion of it will be ‘not useable’ to the public, including the bathrooms. We will connect everything together in a way that is consistent with the city plan,” he said.