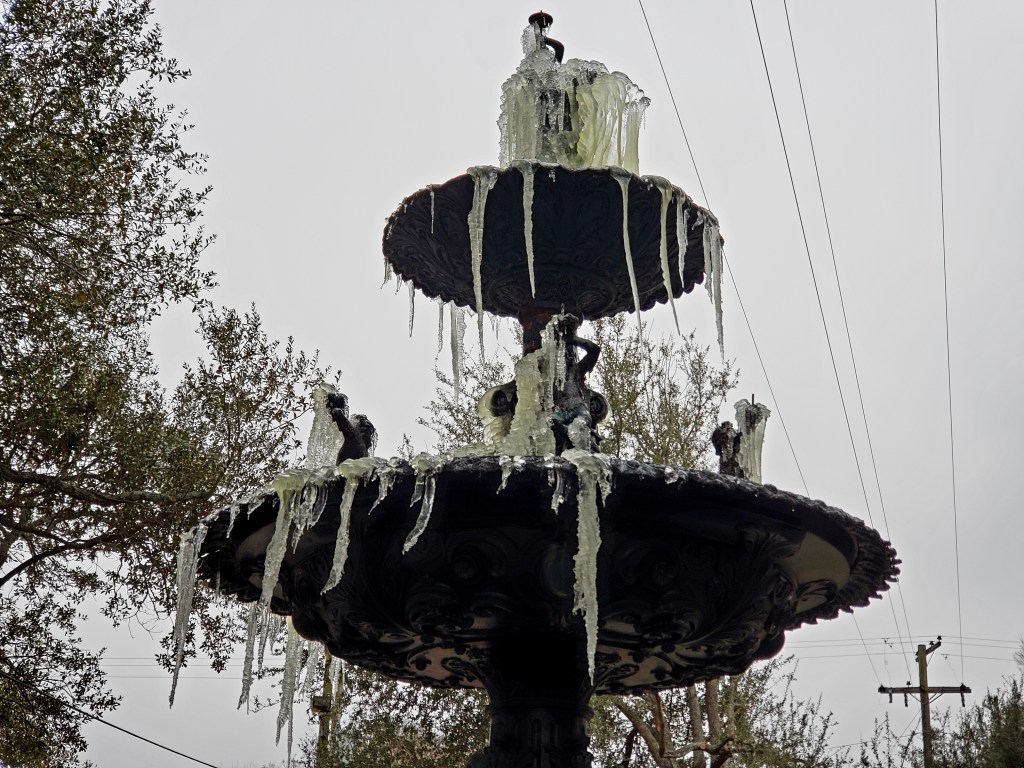 Just after 8 a.m., The Natchez Police Department announced on social media that John R. Junkin Drive is closed due to two AMR trucks getting stuck in the ice and snow.

Natchez Police Chief Joseph Daughtry said at least two other cars have been stuck while driving and asked people to avoid being on the roads.

“People are having problems getting around,” Daughtry said. “We’re doing the best we can. We encourage folks to please stay at home.”

Adams County Sheriff Travis Patten said 911 should be used for emergencies only.

“We are limiting the number of calls we are taking at this time due to the fact that it is hard for us to get to people,” Patten said. “We need everyone to stay calm, stay cool and stay collected during this time. If you need us, call us but only if it’s a life or death emergency. And please, stay off of the roads.”

Adams County Emergency Management officials strongly caution against driving Monday morning due to the rapid accumulation of ice on roads.

Due to the rapid deterioration of road conditions, Public Works crews for both the City of Natchez and Adams County will not be out sanding or salting roads, Adams County Emergency Management Director Robert Bradford announced 6 a.m. Monday on social media.

Bradford said all travel should be limited to emergency vehicles and law enforcement.

Adams County is under a winter storm warning until 6 a.m. Tuesday.

“Total snow and sleet accumulations of 1 to 2 inches, especially over western portions of the warned area, and ice accumulations of one quarter to three quarters of an inch are possible,” MDOT states.

“Power outages and tree damage are likely due to the ice. Travel could be nearly impossible. The hazardous conditions could impact the morning and evening commute times. Very cold wind chills as low as 5 degrees below zero could result in hypothermia if precautions are not taken.

“Bands of mixed precipitation, including freezing rain, sleet and snow, are moving in this morning before more widespread heavier winter weather spreads across the area through the day today.”