Bulldogs finish as district runner up, prepared for state tournament 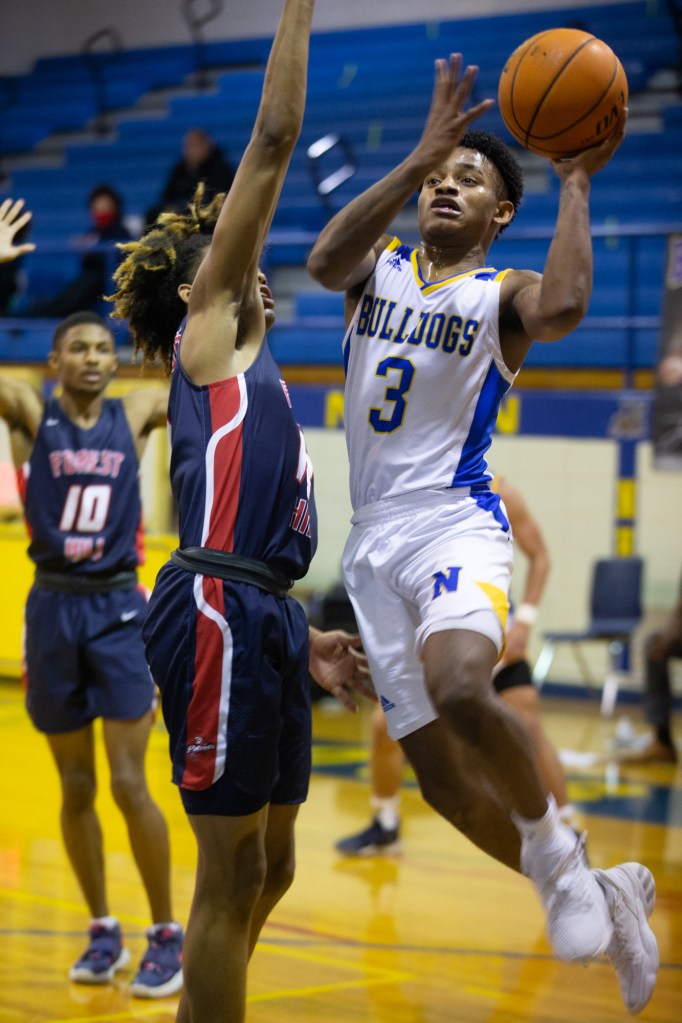 Natchez High senior Dionte Thomas drives toward the basket Friday night against Forest Hill in the championship match of the Region 6-5A tournament. Natchez fell to Forest Hill 61-53. (Bill Barksdale for The Natchez Democrat)

Despite finishing as runners up in the district, David Hayward said he was impressed with Natchez’s performance in the boy’s 61-53 loss to Forest Hill on Friday night.

Hayward said Forest Hill is the number three team in the state, and fighting with them down the back stretch of a district game prepared his team even more for the State tournament.

“To battle back and forth with the number three team in the state, and to have an opportunity to win the game down the stretch. I think our guys have been focused,” Hayward said. “Forest Hill is one of the better teams in this state. Battling with them back and forth has prepared us for the playoffs.”

“It is really important now that we will have some fans in the building,” Hayward said. “A lot of times the fans can get behind the team and that makes a huge difference in a one or two point loss and a three or four point victory. The home court advantage will play a huge part if we can get a decent crowd in the building.”

Hayward said he is looking forward to a good matchup against Hattiesburg. The Bulldog’s season has been building to this moment, the district tournament bearing a similar Intensity to the state tournament.

He said his team has grown through every opportunity they get in the gym. His players have bought into the idea of getting better each and every day.

“The way I look at it we started in November, if we can just continue to build and be a better team, be a better team,” Hayward said. “By the time February rolls around you will have a pretty solid team.”

Hayward said this mentality helped the team last season, and he hopes it helps the team make a deep run into the playoffs this season.

Natchez is set to play Hattiesburg on Friday afternoon. Hayward said the game should start at 7 p.m. but it may be pushed up a few hours depending on the Weather.