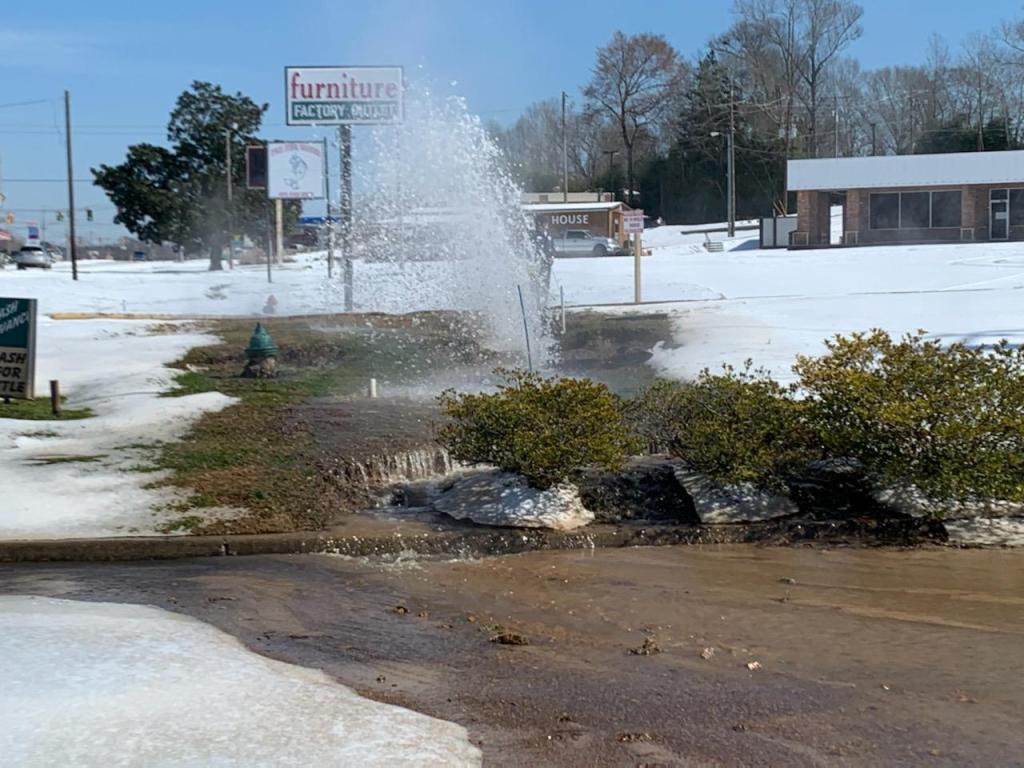 A countywide curfew lasting from 6 p.m. until 10 a.m. today, Wednesday and Thursday evening is in place due to hazardous road conditions, emergency officials said.

Adams County Emergency Management Director Robert Bradford said during the curfew period, the only people who should be traveling are emergency personnel, healthcare employees and other essential workers.

During the meeting, it was also determined that the City of Natchez offices and the Natchez Welcome Center will be closed until Friday, Feb 19.

Officials will make a determination about Friday on Thursday and are asking the public to monitor local media for updates.

Another winter weather system is expected to move through the area starting Wednesday, according to the National Weather Service Jackson office.

“We are very concerned for the safety of our citizens,” Gibson said. “The latest weather forecasts show that freezing conditions are likely to remain until Saturday. Roads are dangerous. We ask everyone to please be patient and exercise caution until things warm up.”

Adams County Sheriff Travis Patten said the roads have become more dangerous since Monday and continue to get worse as the freezing temperatures persist.

However, Patten said he has also seen more people attempting to travel and sliding or getting stuck on the roads.

Patten said he also witnessed water gushing from a broken water line on U.S. 61 North near the Furniture Factory Outlet.

“Everything is shut down so people need to stay off of the street. We haven’t had any people sliding into each other but they are sliding down hills and off of roads,” Patten said. “Yesterday it was mostly snow and now its solid ice, which makes it even more dangerous. It is supposed to ice over again (Tuesday night) which means there could be black ice on the roads.”

Headrick said there have been a few minor incidents in the parish where cars have slid off of roads into ditches.

“It is still freezing temperatures outside,” he said. “Things may start to thaw a little now that the sun is coming out, however it may refreeze and make the roads even more dangerous. … Just be safe and don’t get on the highway unless you have to.”

As always, remember to check on elderly and disabled loved ones — during the severe winter weather especially, Headrick said.

All first responders continue to respond to emergency calls, however response times may be slower due to the condition of the roads, he said.

“I’m proud of all of our first responders in the parish, from my deputies and the policemen to Public Works, the doctors and nurses for all of the work they continue to do under these conditions,” Headrick said.

Merrill said thankfully everyone who is driving is doing so slowly and cautiously.

“The roads are still dangerous and are probably going to get worse,” Merrill said. “We encourage everyone to stay in unless they absolutely need to go out.”