Sheriff: Off-road vehicles on public roads will be ticketed, towed 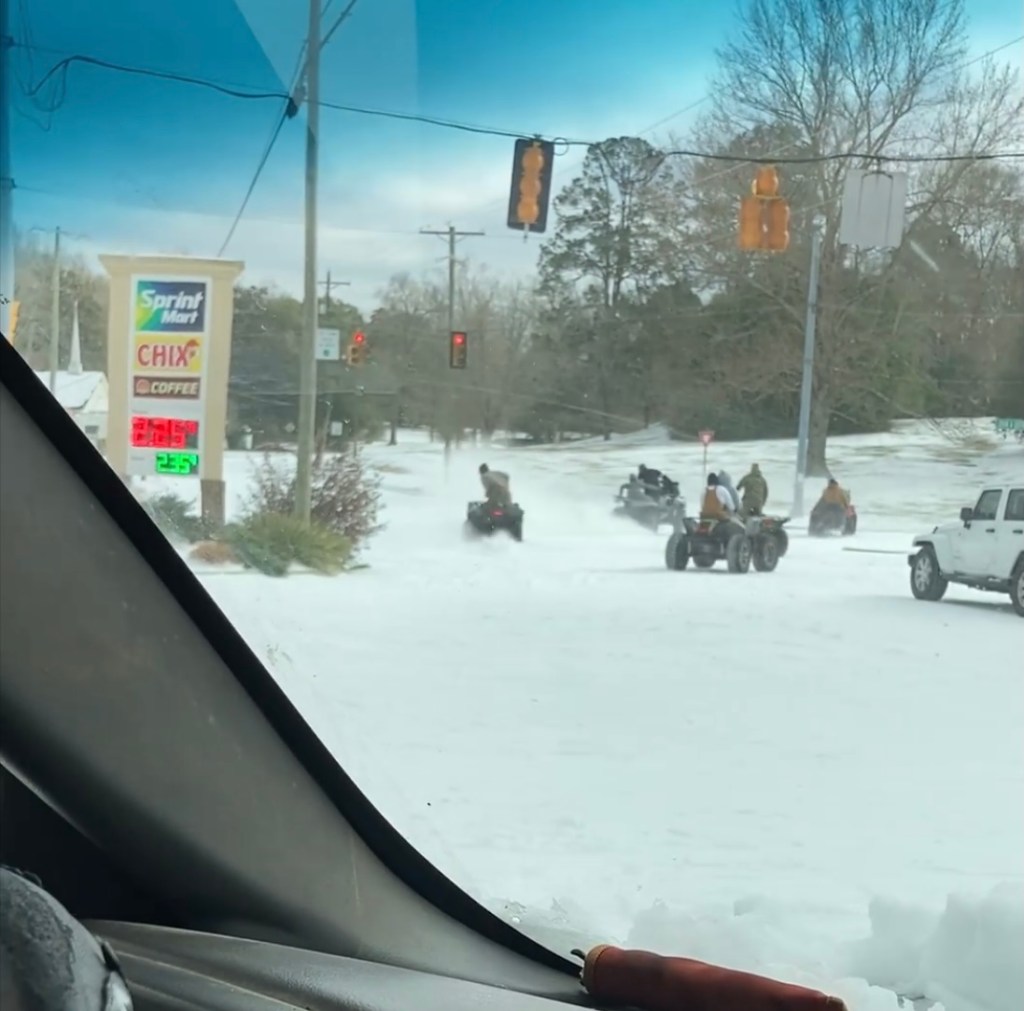 Four-wheeler drivers are recorded doing doughnuts and driving unsafely at the intersection of Main and Melrose in Natchez on Tuesday morning. (Submitted/The Natchez Democrat)

Adams County Sheriff Travis Patten has a message for those riding off-road vehicles on city, county or state roadways: You will be ticketed and your vehicle towed.

“Just because it’s snow and bad weather doesn’t give you the right to break the law, Patten said.

The sheriff said he has been inundated with calls from residents reporting off-road vehicles driving erratically on public roadways.

Gayle Godard Robertson and her husband were driving Tuesday morning to buy diesel fuel and came upon a group of about eight off-road vehicles driving dangerously in the area of Monmouth and the Sprint Mart near the intersection of the Main Street Extension and Melrose Avenue.

“The looked like they were in the mid-20s to early 30s,” she said. “They were taking up all lanes of the road and were headed toward us head on and doing doughnuts in the road. That’s when I decided to film it. There was a white car sitting at the intersection and they drove right around her and were doing doughnuts. The black truck that was with them started doing doughnuts, too. They are very lucky no one was coming down Melrose. I’m all for having fun on four-wheelers, but not on public roads. They weren’t even wearing helmets.”

Patten has activated eight units, in addition to deputies already on duty, to respond to those driving these off-road vehicles.

If you want to play in the show, the sheriff said, play on your own property.

“It’s dangerous for these vehicles to be on the roads. We have cars sliding through intersections and these vehicles doing doughnuts in front of them. It’s a recipe for disaster and death.

“It’s being irresponsible. If people can’t police themselves, we will help them out with that. My suggestion is, if you want to be out playing on these vehicles, do it on your own private property, not on city streets and county roadways,” he said.

“I hate to pull manpower from other stuff, but it is now a necessity. My deputies have instructions to ticket and tow every four-wheeler they see. No one will be exempt. People should be home spending time with their families, or out playing on their own property.”