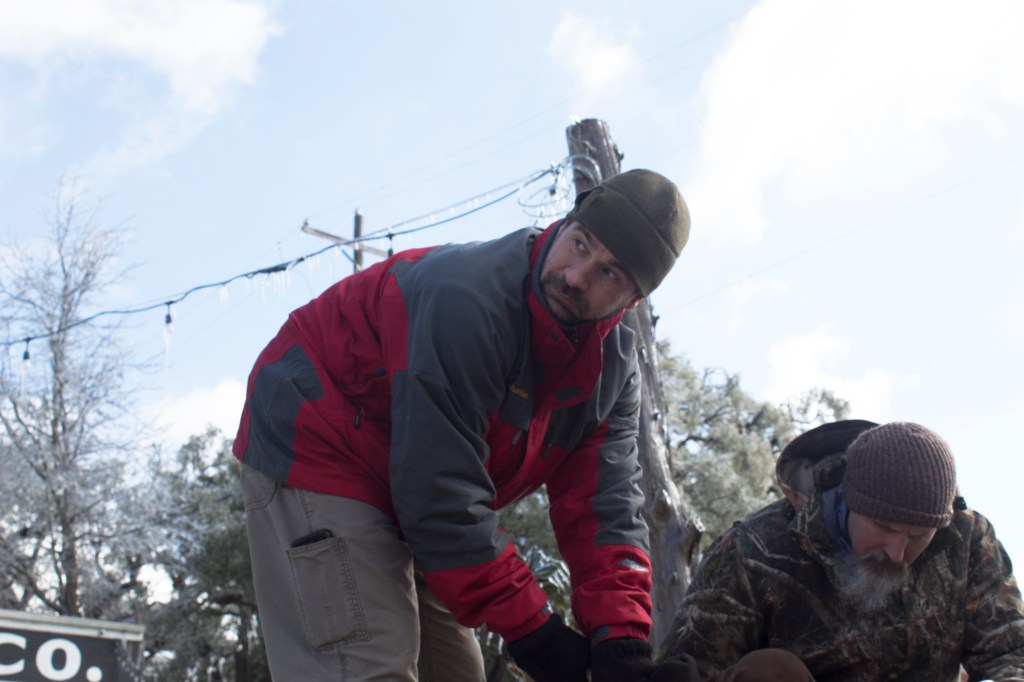 Left, Pat Miller fills a container with water while Mike Peyroux puts lids back on and carries them to waiting residents of Natchez. Miller said he is giving out water until he runs out. (Hunter Cloud The Natchez Democrat)

Natchez Brewing Company’s owner Pat Miller left the warm comfort of his taproom’s pizza oven to put on gloves and fill empty containers with fresh water for residents of Natchez on Friday.

Miller said he originally wanted to give out fresh water on Thursday, but Natchez Mayor Dan Gibson asked him to wait a day due to hazardous driving conditions.

Police were at Natchez Brewing on Canal Street Friday to help with traffic control while people stopped and picked up water. Miller said he hopes to be back out on Saturday.

“We will do it until we run out of water,” he said. “It is supposed to get down below freezing tonight so we will stop when the sun starts to drop. Then we will pick it up again around the same time on Saturday. We will go until the water runs out.”

He said he decided to give out water because he does not have any water at home, and since everyone in Natchez is in the same situation, he wanted to help.

The brewery has a lot of water in order to brew beer. He said because of the minerals in Natchez’s water he has to do reverse osmosis to purify the water. He has estimates his three water-holding tanks hold about 3,000 gallons of water in total.

A gentleman tried giving Miller money for the water from his car. Miller shook his head and told him to keep it.

“It is one of those things we have a lot of. We have it so we should do our part,” he said. “A small community has got to help each other. This community has done well for us, and we are doing our best to support them.”

He got the water to the curb via a hose running from one of his holding tanks inside the building, which ran out the door and down to the sidewalk. Miller said it was Gibson’s idea to have people come to the curb rather than going inside.