Cathedral falls to Hartfield in first round of playoffs 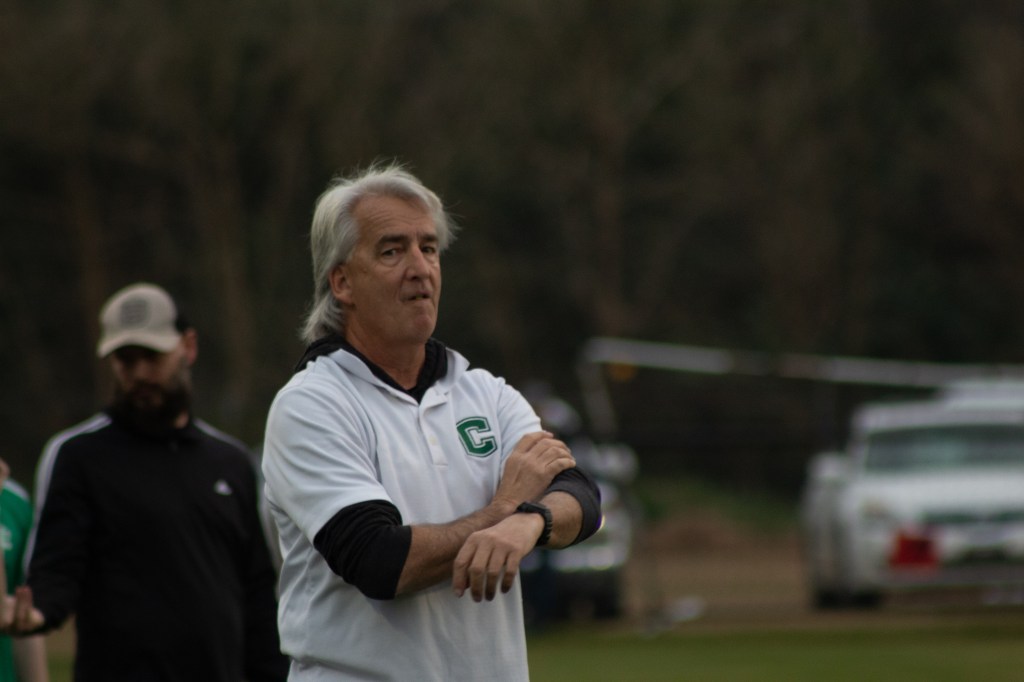 A goal in the first five minutes was all the Hartfield Academy Hawks needed to soar to a 1-0 victory over Cathedral Monday night in the first round of the MAIS playoffs.

Cathedral’s head coach Dennis Hogue said the defeat was not all doom and gloom as he could find the silver lining that his team held a powerful Hartfield team to just one goal. He said other teams were blown out and dismantled by the Hawks, but his team held its own in the game.

Going into the game, Hogue said he knew Hartfield was going to be strong in possession. In order to counter a heavy possessive attack, he said he moved Kennedy Williams from an attacking midfielder position to a defensive midfielder.

Any chances the Green Wave would have to be taken in order to win the game because Hogue said his team was not going to have many chances. In the 10th minute of the game he said Jacob Moore put a shot on goal just over the cross bar.

“That was our best chance,” Hogue said. “We thought that was the equalizer.”

Hartfield threw numerous attacks and shots towards the Green Wave goal, but time and time again the defenders were able to shut off any attack and clear the ball. The Green Wave was not able to create many offensive opportunities. Hogue estimated a total of six saves were made by the Hartfield keeper.

By contrast Joseph Garrity played a lights out game making save after save. Hogue said the players for Cathedral decided to give him the game ball for his efforts. His best save came late in the second half.

Hogue said if you blinked you would have missed a hard driven shot right at Garrity’s face. Garrity reached up with his hands and caught the ball. He said the shot should have made the game a 2-0 lead but the save was made.

“He grabbed it like Mr. Miyagi grabbing the fly with the chopsticks,” Hogue said. “It was pretty amazing. I have seen a lot of keepers have amazing matches, but in a playoff game with all of that pressure that is the best display of goal keeping I have ever seen. He held a clinic today.”