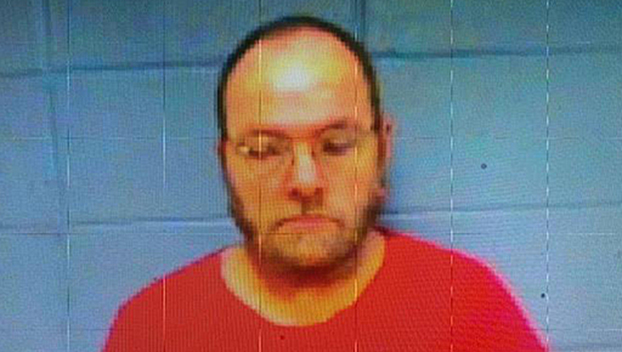 FERRIDAY — A Ferriday man was arrested by the Concordia Parish Sheriff’s Office Monday for allegedly harassing power line workers with a shotgun near Lake St. John.

CPSO deputies arrested James Forman, 59, on charges of aggravated assault on a utility worker, discharging a firearm within 500 feet of a residence, impeding the flow of traffic and possession of drug paraphernalia.

Forman is currently held without bond at the Concordia Parish Jail.

According to a news release from CPSO, officers were dispatched at approximately 5 p.m. Monday to the south end of Lake St. John in regard to a call from a power line employee who said he and other power line employees were being harassed by a man armed with a shotgun as they worked to restore power in the area.

According to the caller, the subject began verbally harassing the workers earlier in the day, using profanity, apparently angry because his power had not been reconnected to his camper trailer after a winter storm left thousands of parish residents without power and water.

After gathering statements from the power employees, investigators determined that as the power employees were working in the area of Robbins Island Road, a man stopped his truck in the middle of the roadway, then brandished a 12 gauge shotgun as they drove around him.

After leaving the area, the subject proceeded to follow the workers to two additional locations near Hwy 569.

The subject allegedly parked across the roadway from the workers, prompting the 911 call from one of the employees out of fear for their safety.

When deputies arrived in the area, they were directed to the subject’s trailer on Robbins Road, where he was identified as Forman.

At the location, Forman was found to be in possession of a 12 gauge pump-action shotgun, a Motorola first responder radio which was actively monitoring law enforcement channels and multiple drug paraphernalia items, including marijuana pipes, meth pipes and grinders.

Further investigation revealed that the shotgun had been fired in the driveway of the location earlier during the day in close proximity to nearby residences.