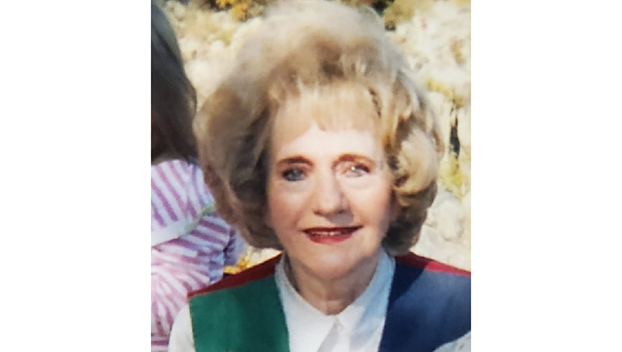 Mary Lou Jones Webb was born in Simpson County. She arrived three months early, weighing a mere two pounds, and overcame many physical conditions as a young child to thrive in high school, earning salutatorian of her graduating class. Mary Lou began her career in journalism as editor of her high school newspaper and also worked for the Magee Courier. Her love of writing and receipt of several scholarships lead her to the University of Southern Mississippi, where she met the love of her life, David Webb, while they both worked on the campus newspaper, The Student Printz. The couple married and bought the Franklin Advocate during the same week in March 1962. They also bought the Wilk-Amite Record and in later years had a travel agency Webb Travel. Mary Lou served as managing editor of the Tylertown Times while editor Paul Pittman was called to active duty with the Navy. She moved permanently to Franklin County in October of 1962.

In addition to having a career, and being a wife and mother of two, Mary Lou served in many offices of the Mississippi Press Women and National Federation of Press Women, including president of both organizations. She was president of the Franklin County Federated Woman’s Club for two years, president of the Band Boosters Club, and very active in leading civic events such as Franklin County’s Great Day, Christmas Parade and Luncheon, and helping other civic leaders in the development of Okhissa Lake.

Nine years ago, May Lou retired and lived in an assisted living home until recently when she moved back to Franklin County, to her home spot in Bude. Mary Lou was quoted in an interview years ago as saying, “Franklin County has been very good to our family. We travel to many places around the world, but we haven’t found any better places or people.”

Preceding her in death were her parents, Hiram and Iona Jones; husband, David Webb and four infant brothers and sisters.

The family is grateful for the care given to their loved one by St. Luke Hospice and by her sitters, who became like family to her. Carolyn Pack, Toni Hardy, Lori Moore, Shonda Banks, Shanta Datson, and Lenore Dixon who all affectionately called her their Lulu and treated her with much love and care. The family is also most appreciative of Tondra Banks and Cashea Coach who recently took excellent care of their loved one.

The family requests that those wishing to create a lasting memory in Mary Lou’s honor make donations to the Brookhaven Animal Rescue League at PO Box 3477, Brookhaven, MS 39603 or to Bude Community Foundation, a 501c3 whose mission it is to promote and enhance the community of Bude by the cleanup of blighted properties and the development of town parks and land to provide educational opportunities for all community members. Donations should be mailed to Bude Community Foundation, Attn: Cassandra Hauer, Bank of Franklin PO Box 606, Meadville, MS 39653. Donations may also be made to Midway Cemetery, Attn: Sandy Hester, PO Box 606, Meadville, MS 39653.