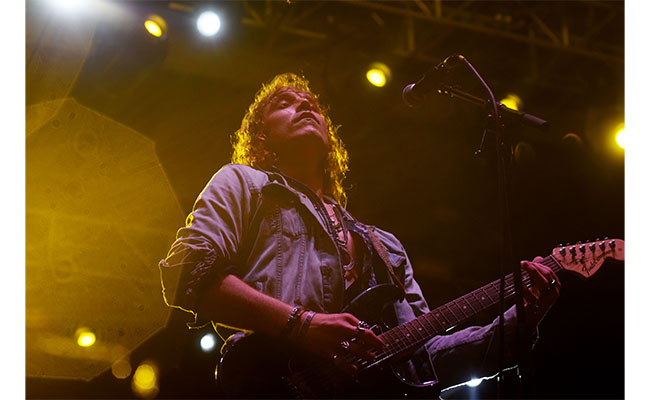 McCready, 33, who is a resident of Natchez, was charged with failure to dim lights on his vehicle, expired vehicle tag and no proof of insurance as well as possession of schedule I, schedule II and schedule III drugs. He was booked at the Concordia Parish Jail after 3 a.m. Thursday according to arrest records.

McCready has since been released on a $25,000 bond, law officials said.

With McCready as the lead singer, Bishop Gunn cruised to the top of the Billboard Blues Album chart in 2018 with their debut hit album called “Natchez,” which takes its name from many of the band members’ hometown.

The band name itself was inspired by a tombstone that band members saw in Natchez over the resting place of the sixth Bishop of Natchez, John Edward Gunn.

At the height of their performance tenure, Bishop Gunn toured in Europe with Slash after playing two cruises with Kid Rock and received multiple accolades from Rolling Stone Magazine’s top country charts.

The band broke up in February 2020 just a month before the scheduled Bishop Gunn Crawfish Boil, a Natchez festival that had a short two-year run.

No specifics were given for the band’s decision to suspend all activity.

The Bishop Gunn Crawfish Boil was canceled along with all of the band’s other appearances. However, McCready has done solo performances in Natchez and on other stages since, including the “Music on the Bluff” event last December.