LEARNED — A long-distance 3-pointer by Ben Sessions as time expired in the second overtime period allowed the Wilkinson County Christian Academy Rams to defeat the Briarfield Academy Rebels 67-64 Wednesday afternoon in the first round of the 2021 MAIS Class 1A State Tournament at Rebul Academy.

This after WCCA, the South No. 2 seed, blew a six-point lead heading into the fourth quarter. Briarfield, the North No. 3 seed, outscored WCCA 17-11 in the fourth quarter to tie the game at 54-all and force overtime.

“It was an exciting game,” Rams head coach Ken Perry said Friday morning. “We were up by five (late in the fourth quarter) and they made a couple of key shots to tie it.”

Perry added that both teams had their chances to win the game before it eventually went into double overtime.

“We missed a couple of foul shots and they did, too, at the end of (regulation) an in the first overtime,” Perry said.

With the Rams leading 64-61 in the second overtime, the Rebels’ John Walters made a 3-pointer with 3.6 second to make it a 64-64 game and it appeared that yet a third overtime session would be forthcoming.

Instead, Andrew Sessions passed up the court to his brother Ben, who launched a 3-pointer from 35 feet for the game-winning shots.

The Rams were led by Roderick Bailey with 21 points and R.J. Fisher added 17 points. Ben Sessions had 13 points while Andrew Sessions had 12 points. T.J. Baker led the Rebels with a game-high 26 points.

WCCA (21-2) took on North No. 1 seed Delta Streets Academy in a semifinal-round game late Friday afternoon with a spot in the championship game at 7 p.m. Saturday and an automatic berth in next week’s Overall Tournament on the line. The loser would play in the third-place game at 5 p.m. Saturday.

LEARNED — The Wilkinson County Christian Academy Lady Rams saw their season come to an end Wednesday afternoon as they lost to the defending state champion Briarfield Academy Lady Rebels 49-36 in the first round of the 2021 MAIS Class 1A State Tournament at Rebul Academy.

Briarfield, the North No. 3 seed after a stunning loss to then-undefeated Desoto School in the semifinals of last week’s Class 1A North State Tournament, didn’t let WCCA into an offensive rhythm and led the Lady Rams 26-13 at halftime.

WCCA, the South No. 2 seed and District 3-1A champion, finished with an overall record of 16-6.

BENTON — The Centreville Academy Lady Tigers pulled off a huge upset Wednesday night as they rallied from an 11-point halftime deficit to defeat the Lee (Ark.) Academy Lady Cougars 57-51 in the first round of the 2021 MAIS Class 2A State Tournament at Benton Academy.

It looked like North No. 2 seed Lee Academy out of Marianna, Ark., was on its way to a blowout victory after dominating South No. 3 seed Centreville Academy for much of the first half and taking a 27-16 lead into halftime.

But whatever Lady Tigers head coach Brandy Hall said at halftime, it obviously worked. They put up 15 points in the third quarter while holding the Lady Cougars to a mere two points for a 31-29 lead. In what turned out be an offensive explosion for both teams in the fourth quarter, Centreville outscored Lee Academy 26-22 for the six-point win and to advance in the state tournament.

Centreville Academy (23-5) faced off with a familiar opponent in South No. 1 seed Manchester Academy Friday afternoon in the semifinals with a berth in the championship game at 2:15 p.m. Saturday and an automatic berth in the Overall Tournament at stake. The loser of that game would play in the third-place game at 1 p.m. Saturday. 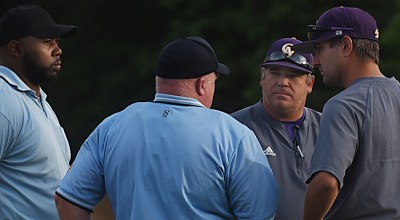 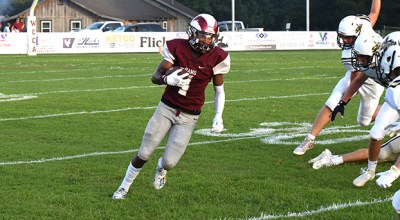