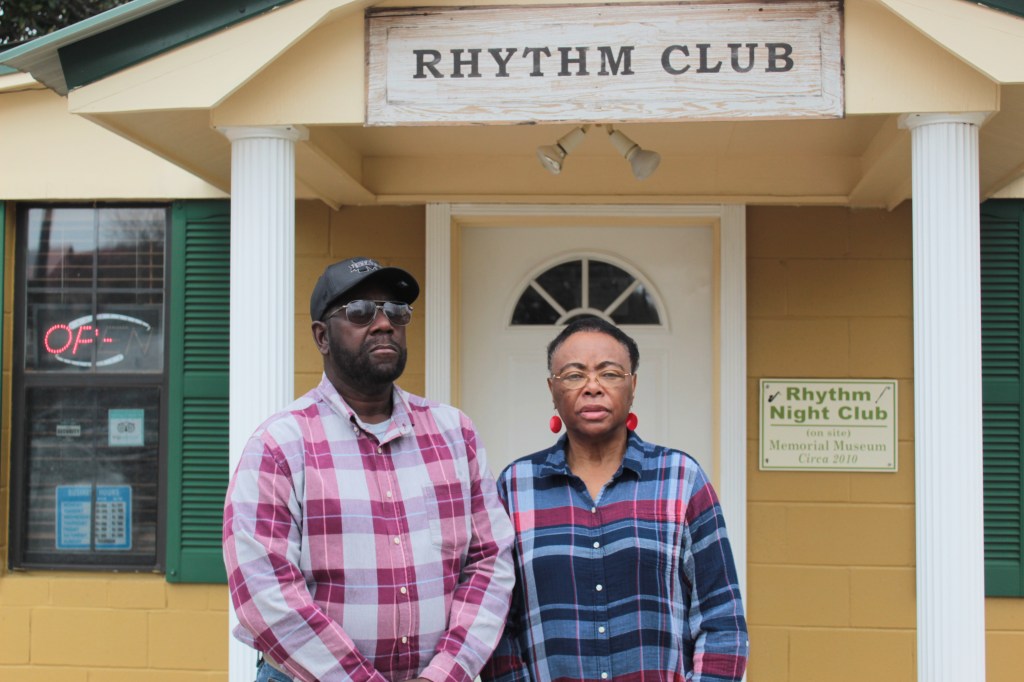 NATCHEZ — Monroe Sago details cars for his business on the same lot as his passion project, the Rhythm Night Club museum, at 5 St. Catherine St.,  close to where the Dart landed this week.

Sago said a dance club called the Rhythm Night Club was originally on the lot, until a fire on the night of April 23, 1940, left 209 people dead. The fire began after a flammable pesticide caught fire from fans used to cool the crowd.

He said he is a lifelong resident of Natchez, and he originally bought the lot in 1981 for his detailing business. He said he did not know about the fire, nor the history of the lot.

“I was not even born when the fire happened,” Sago said. “When a survivor told me what happened. I began to investigate and survivors started coming to me. People started sending us pictures and this is where we are at today.”

He and his wife Betty built a museum on the site over 30 years. The museum has photos of the survivors and the victims in addition to newspaper stories about the fire. He said people from all over the world come to the museum.

Progress on the museum was made brick by brick and the museum did not open until 2010. Sago said the building on the site is a fraction of the Rhythm Club’s original size. He said once he and his wife got started, they did not stop until the museum told the best story of what had happened.

He said once he gets out of the detailing business, he is going to build a theater to show all of the survivors’ stories he has on video.

Each year, he said the museum also has a commemoration to honor survivors and victims.

The event raises money for a scholarship, which is given to a high school senior, and people also donate goods.

Sago said it feels good to be able to share the story and to help the community.

“It gives me a great feeling to be able to bring this back and share it with the community,” Sago said. “One thing I couldn’t ever understand is why this fire is the most tragic fire in the United States, but it never got in the school’s textbook. Right now. I believe I am the textbook, and I’m sharing the history.”

Bark scale more of concern than freeze for crape…